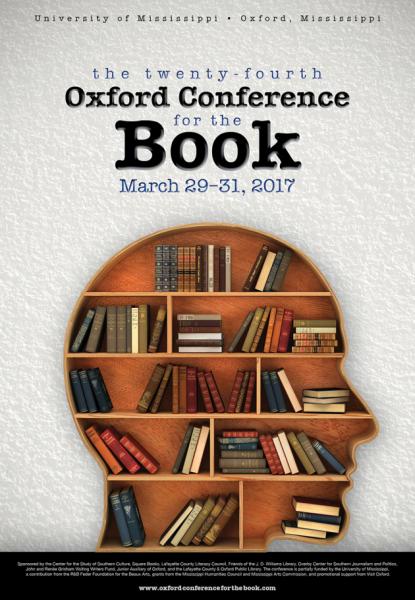 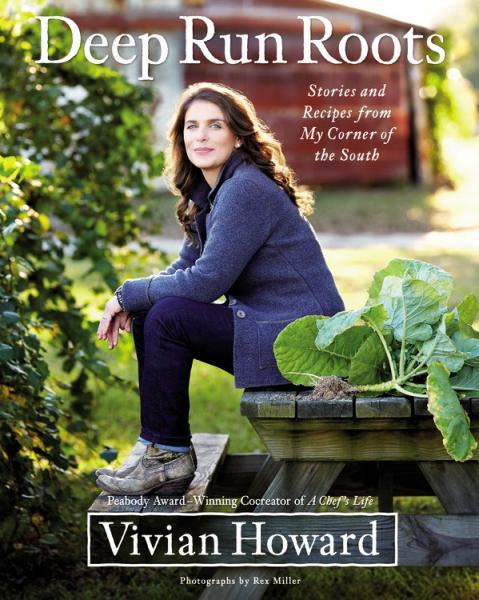 Join Vivian Howard, the star cocreator of PBS's A Chef's Life, at the Neon Pig on Monday for a signing with her new cookbook, Deep Run Roots.

**specialty refreshments by Neon Pig and Vivian Howard will be served**

Help Square Books welcome three winning authors beginning with Jay McInerney on August 18 with his newest work Bright Precious Days. The next day we have Jacqueline Woodson (author of Brown Girl Dreaming) returning to the adult novel for the first time in 20 years with Another Brooklyn. Then on Sunday August 21st at 1pm at the Powerhouse we will host Kate DiCamillo with Raymie Nightingale. 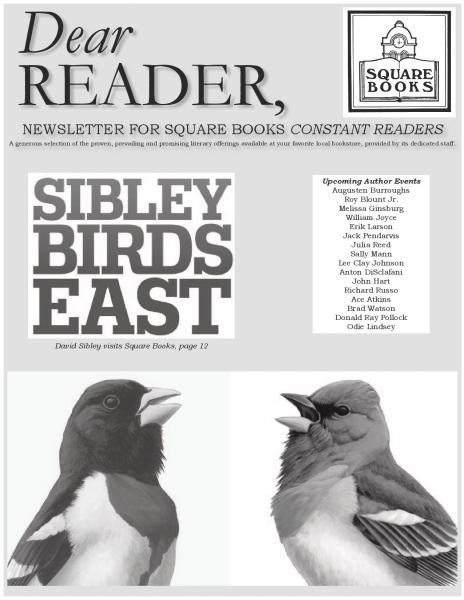 Click the image above or here to view our latest newsletter. Please allow some time for the document to load. 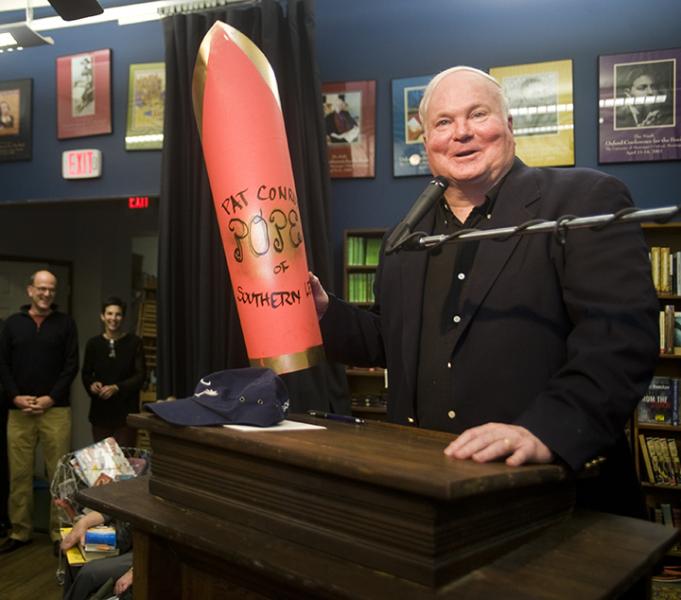 Pat Conroy died on Friday, March 4, leaving behind many thousands of readers who revered the passionate writing of the stories of his life, his family, and the places he knew, cheiefly coastal South Carolina and the Citadel, where he went to school. Pat visited Oxford and Square Books a number of times in conjuction with the publication of several of his books and those by his wife, Cassandra King Conroy, when he would drive her around and do his best to hold his gregarious and exuberant personality in check so as not to outshine Cassandra. 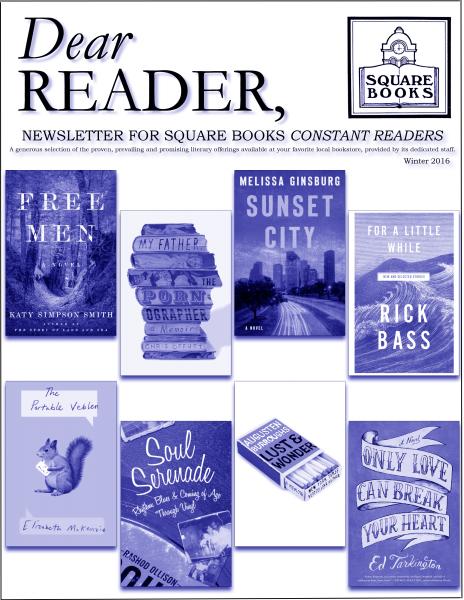 Please click the image above or here to view our newest newsletter. Please allow some time for the PDF to load. 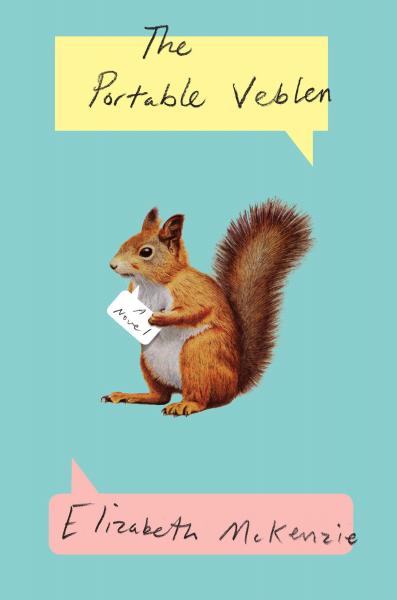 Ed Tarkington and Elizabeth McKenzie will be here with their new books to open the Spring '16 season of Thacker Mountain Radio, February 4th at 6 p.m. 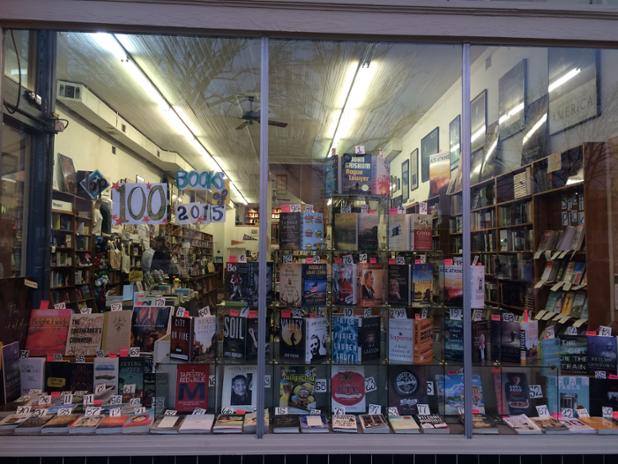 Our friends at Nautilus here in Oxford put four books on our list this year, with Al Povall’s Tapestry of Red & Blue (#16), Robert Khayat’s Education of a Lifetime (#24), Jeffrey Stayton’s novel, This Side of the River (#83), and Billy Watkins’ book on Bo Wallace (#7).   As always, writers with the local connection do well for Square Books, including John Hailman and his two Guntown books (43 & 68), Ace Atkins’ The Redeemers (46), Lisa Howorth’s Flying Shoes (69), Curtis Wilkie’s Fall of the House of Zeus (31) and his Assassins, Eccentrics, Politicians (28), Alysia Burton Steele’s Delta Jewels (33), Bill Boyle’s Death Don’t Have No Mercy (79), Troutmouth by Ron Borne (51), Wright Thompson’s edition of the 2015 Best American Sports Stories (44), How To Slowly Kill Yourself and Others by Kiese Laymon (96), Crooked Letter, Crooked Letter by Tom Franklin (56), Barry Hannah’s durable Airships (95), Turn Around by Leigh Anne Tuohy (41), In the Sanctuary of Outcasts by Neil White (30), William Faulkner (3 titles, beginning at #37), Every Day by the Sun by Dean Faulkner Wells (67), Soul Food Love by Caroline Williams and Alice Randall (43), Murder in the Grove by Michael Henry (41), Bright Fields by Bruce Levingston (39), Soil by Jamie Kornegay (7), UM grads Harrison Scott Key’s The World’s Largest Man (61) and M. O. Walsh’s  My Sunshine Away (71), Riot (25) by Ed Meek, and John Currence, whose Pickles, Pigs and Whiskey (5) remains strong in its third year.