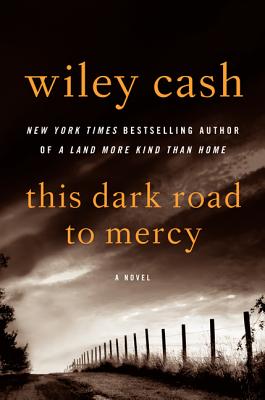 A brave and keenly observant 12-year old girl named
Easter and her younger sister are taken from the foster home where they’ve been
since their mother’s death, kidnapped by their father, a washed-up minor league
baseball player. On the lam, this fragile
family is tailed by a vicious man looking for payback and a bag of cash that
the father liberated from its hiding place. Wiley Cash is so good at drama and suspense, even the rich titles
of his books – A Land More Kind Than Home,
and this one, This Dark Road to Mercy --
are lures.  I inhaled this tale of
family and redemption and baseball so fast I got a Wiley Cash buzz.

“While the nation is consumed by the competition between home-run hitters Sammy Sosa and Mark McGwire, two young motherless girls in North Carolina are approached by their estranged and unpredictable ex-baseball-player father. Their court-appointed guardian becomes alarmed as a sinister man with an axe to grind reveals himself. Told in alternating voices, this spellbinding novel is reminiscent of the dark, spare work of Cormac McCarthy. At once gritty and evocative, This Dark Road to Mercy is riveting and not to be missed!”
— Tova Beiser, Brown University Bookstore, Providence, RI

The critically acclaimed author of the New York Times bestseller A Land More Kind Than Home—hailed as "a powerfully moving debut that reads as if Cormac McCarthy decided to rewrite Harper Lee's To Kill a Mockingbird" (Richmond Times Dispatch)—returns with a resonant novel of love and atonement, blood and vengeance, set in western North Carolina, involving two young sisters, a wayward father, and an enemy determined to see him pay for his sins.

After their mother's unexpected death, twelve-year-old Easter and her six-year-old sister Ruby are adjusting to life in foster care when their errant father, Wade, suddenly appears. Since Wade signed away his legal rights, the only way he can get his daughters back is to steal them away in the night.

Brady Weller, the girls' court-appointed guardian, begins looking for Wade, and he quickly turns up unsettling information linking Wade to a recent armored car heist, one with a whopping $14.5 million missing. But Brady Weller isn't the only one hunting the desperate father. Robert Pruitt, a shady and mercurial man nursing a years-old vendetta, is also determined to find Wade and claim his due.

Narrated by a trio of alternating voices, This Dark Road to Mercy is a story about the indelible power of family and the primal desire to outrun a past that refuses to let go.

Wiley Cash is the New York Times bestselling author of A Land More Kind Than Home, the acclaimed This Dark Road to Mercy, and most recently The Last Ballad. He won the SIBA Book Award and the Conroy Legacy Award, was a finalist for the PEN/Robert W. Bingham Prize and the Edgar Allan Poe Award for Best Novel, and has been nominated for many more. A native of North Carolina, he is the Alumni Author-in-Residence at the University of North Carolina Asheville. He lives in Wilmington, NC with his wife, photographer Mallory Cash, and their two daughters.

“A time capsule and at times an edgy thriller, but at its fine emotional center it’s all about what it means to be a father.”
— Jill McCorkle, author of Life After Life

“The endangered little sisters Easter and Ruby will go straight to your heart, which will be thumping like crazy the entire time you’re reading this novel straight through as I did.”
— Lee Smith, author of Guests on Earth

“Cash follows his evocative debut with another striking take on Southern literature. . . . In the rhythms and cadence of the South, Cash offers a tale about family and about the tenuous link among the right choices, living with consequences or seeking redemption.”
— Kirkus Reviews

“Exciting and suspenseful as well as moving, with a captivating heroine, this is a tremendous book.”
— The Guardian

“The voice is Southern and oh so charming in This Dark Road to Mercy, a crime novel that’s also a road movie and a baseball tale and a wicked twist on Sixth-Grade Father-Daughter Night.”
— New York Times Book Review