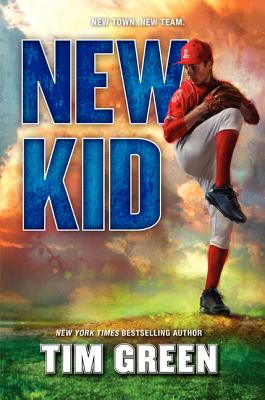 New York Times bestselling author Tim Green delivers another exciting baseball tale that will keep kids on the edge of their seats. Perfect for fans of Mike Lupica.

Tommy Rust is a pro at being the new kid. So when his dad marches onto his baseball field, he knows that time is up. In his new town, he goes by the name Brock, and he's having a hard time fitting in. And being friends with the bully from the wrong side of the tracks isn’t helping. But thanks to a prank gone wrong, the baseball coach of the travel-team notices Brock’s skills and offers him a place on his failing baseball team. But can Brock prove himself on and off the field before he strikes out and becomes the new kid…again?

“Engrossing.”
— The Bulletin of the Center for Children’s Books