The Sense of Wonder: A Celebration of Nature for Parents and Children (Paperback) 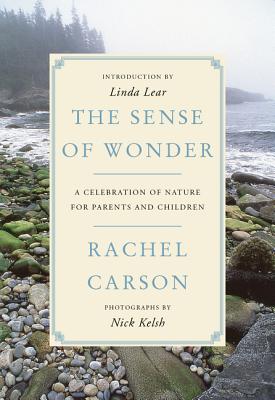 The Sense of Wonder: A Celebration of Nature for Parents and Children (Paperback)

First published a half-century ago, Rachel Carson's award-winning The Sense of Wonder remains the classic guide to introducing children to the marvels of nature.

In 1955, acclaimed conservationist Rachel Carson—author of Silent Spring—began work on an essay that she would come to consider one of her life’s most important projects. Her grandnephew, Roger Christie, had visited Carson that summer at her cottage in Maine, and together they had wandered the surrounding woods and tide pools. Teaching Roger about the natural wonders around them, Carson began to see them anew herself, and wanted to relate that same magical feeling to others who might hope to introduce a child to the beauty of nature. “If a child is to keep alive his inborn sense of wonder,” writes Carson, “he needs the companionship of at least one adult who can share it, rediscovering with him the joy, excitement and mystery of the world we live in.”

The Sense of Wonder is a timeless volume that will be passed on from generation to generation, as treasured as the memory of an early-morning walk when the song of a whippoorwill was heard as if for the first time. Featuring serene color photographs from renowned photographer Nick Kelsh, “this beautifully illustrated edition makes a fine gift for new and prospective mothers and fathers” (Gregory McNamee), and helps us all to tap into the extraordinary power of the natural world.

RACHEL CARSON (1907-1964) was known as “the patron saint of the environmental movement.” She was the author of Silent Spring, which exposed the dangers of pesticides and fertilizers. She passed away as she was finishing The Sense of Wonder.

NICK KELSH is a photographer who is the author of How to Photograph Your Life. A native of Fargo, North Dakota, he lives in Philadelphia with his wife, Anne.