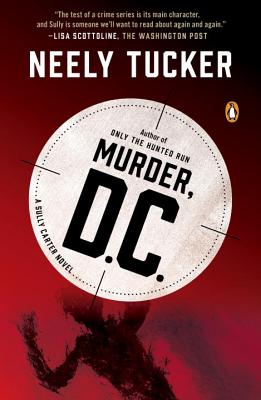 This is book number 2 in the A Sully Carter Novel series.

“The test of a crime series is its main character, and Sully is someone we’ll want to read about again and again. . . . When the murder victim in the novel is identified as the young scion of one of the city’s most wealthy and influential African American families, the story expands its themes of race and class, which lend it dimension.” —Lisa Scottoline, The Washington Post

When Billy Ellison, the son of Washington, D.C.’s most influential African-American family, is found dead in the Potomac near a violent drug haven, reporter Sully Carter knows it’s time to start asking some serious questions—no matter what the consequences. With the police unable to find a lead and pressure mounting for Sully to abandon the investigation, he has a hunch that there is more to the case than a drug deal gone bad or a tale of family misfortune. Riding the city's backstreets on his Ducati 916, Sully finds that the real story stretches far beyond Billy and into D.C.’s most prominent social circles.

A hard drinker still haunted by his years as a war correspondent in Bosnia, Sully now must strike a dangerous balance between D.C.’s two extremes—the city’s violent, depraved projects and its highest corridors of power—while threatened by those who will stop at nothing to keep him from discovering the shocking truth. The only person he can trust is his old friend Alexis, a talented photographer and fellow war zone junkie, who is as sexy as she is fearless, but even Alexis can't protect Sully from everyone who would rather he give up the story.

Following the acclaimed first Sully Carter novel, The Ways of the Dead, this gritty mystery digs deeper into Sully's past while revealing how long-held secrets can destroy even the most powerful families.

Neely Tucker is the author of The Ways of the Dead, the first Sully Carter novel, and the memoir Love in the Driest Season, which was named one of the Best 25 Books of the Year by Publishers Weekly. Currently a staff writer at The Washington Post Sunday magazine, Tucker lives with his family in Maryland.

Praise for Murder, D.C.
“The test of a crime series is its main character, and Sully is someone we’ll want to read about again and again. . . . When the murder victim in the novel is identified as the young scion of one of the city’s most wealthy and influential African American families, the story expands its themes of race and class, which lend it dimension.”
—Lisa Scottoline, The Washington Post

“In all respects, Tucker’s second novel improves and impresses. . . . Tucker’s skill in examining racial questions separates this novel from the well-populated pack. . . . Tucker at his best recalls the work of Richard Price. . . . Terrific summer reading. With his second success, Tucker has proven that his series is one to follow.”
—The Miami Herald

“[An] invigorating series. . . . The traits that will make this (one hopes) a long and strong series are evident in both books: the realistic dialogue, the vivid characters and the portrayal of our nation's capital as a city with many facets other than the one tourists see.”
—The Cleveland Plain Dealer

“Tucker has an ear for dialogue, which in this book resembles that of TV’s The Wire.”
—St. Louis Post-Dispatch

“[Tucker] puts forth a darkly comedic vision of race and justice (or lack thereof) over generations of American history. There's no more satisfying sight than a writer who knows exactly what he's doing—and only gets better at what he does.”
—Kirkus Reviews (starred review)

“Displaying a fantastic ear for dialog, Tucker delivers a harrowing and compelling story, brimming with authentic street talk and local idioms. His characters are also convincing, true to life, and diverse. While the novel shares similarities with works by George Pelecanos in terms of locale, subject matter, and a flair for replicating everyday speech, Tucker’s voice is very much his own.”
—Library Journal

“The ghost of Elmore Leonard floats over these pages. . . . A noir treasure.”
—Booklist

“A great story with great characters. But there's an extra magic to Neely Tucker's writing that kept me turning page after page until I read the whole book without coming up for air.”
—Camilla Läckberg, international bestselling author of The Hidden Child

Praise for The Ways of the Dead
“Setting his tale in the 1990s . . . gives Tucker the chance to show how much newspapers have changed. The 24-hour Internet news cycle hasn’t yet taken root, tomorrow’s front page is still more important than getting the story online immediately and good reporters are dependent on door knocks, land lines and library research rather than e-mail, cellphones and Google. Tucker pulls off a neat, double-twist ending . . . There’s a lot to like in Tucker’s storytelling.”
—The Washington Post

“Tucker may be a first-time novelist, but as a career writer, he is well ahead of many of his peers, and this book is worthy of Elmore Leonard’s legacy. . . . With equal ear for newsroom patter and street slang, Tucker has presented an exciting first novel that echoes the best writing of Pete Hamill and George Pelecanos, mixed with bits of The Wire and True Detective.”
—The Miami Herald

“Gritty and masterful . . .  A mystery that will leave readers waiting for the next in the series.”
—Washingtonian

"An utterly thrilling mystery set in Washington, D.C., in the late 1990s, just before the Internet and the rise of smartphones changed the landscape of print journalism. . . . Meticulously plotted, fast-paced . . . Every character is fully fleshed out and the dialogue is pitch perfect. . . . For mystery and crime fiction lovers, particularly fans of Elmore Leonard, to whom Tucker dedicates his book, this is a must-read."
—Associated Press

“A tense and gripping crime novel of race and power, but its true magic lies in the dialogue, which is textured and nuanced in the manner of Elmore Leonard, James Crumley or George Pelecanos. This is a very fine debut indeed, and one that begs for sequel after sequel.”
—BookPage

“Tucker, a writer of power and grace, gives great life to the newspaper milieu and he’s just as resourceful in shaping the story of an apparent serial killer in inner city Washington. It’s done up in a plot full of curve balls, shocks and surprises that we readers never see coming.”
—The Toronto Star

“Journalist-novelist Tucker has crafted an addictive, twisty, debut, proving that crimes involving politics and sex can still surprise and thrill us. The slightly detached and cynical air will resonate with George Pelecanos readers and yet there’s a whiff of Elmore Leonard, too.”
—Library Journal (starred review)

"The Ways of the Dead is a great read. Deep characters, pitch perfect dialogue and a plot with as many curves as the Rock Creek Parkway as it moves through the side of Washington D.C. far away from the Smithsonian. Neely Tucker takes this novel up an even further notch with a story framed around the hot button issues of our time, including race, justice and the media. If this is Tucker's first novel, I can't wait for what's coming next."
—Michael Connelly, #1 New York Times bestselling author of The Gods of Guilt

“From the powerful opening to the shocking finale, The Ways of the Dead delivers the very best in gritty, hard-edged suspense.  Complex characters, taut dialogue, and a riveting plot all add up to one extremely excellent novel.”
—Lisa Gardner, #1 New York Times bestselling author of Fear Nothing

“In a textured, wholly believable Washington, D.C., simultaneously near and far from the corridors of power, Neely Tucker, in his accomplished mystery debut, has created a gripping tale of secrets and lies, malice and mayhem . . . and very dead young women.”
—Otto Penzler, Co-editor of The Best American Noir of the Century

"The Ways Of The Dead has everything you'd want from a book noir—enveloping atmosphere, flavorful characters, evocative writing, and a serpentine plot which seems to make the pages turn themselves. Neely Tucker is an impressive new talent."
—Richard North Patterson, #1 New York Times bestselling author of Loss of Innocence

From the Hardcover edition.