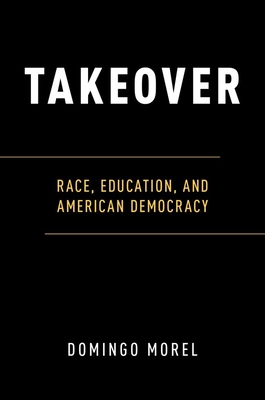 
Usually Arrives in Store in 1-5 Days
(This book cannot be returned.)
State takeovers of local governments have garnered national attention of late, particularly following the water crisis in Flint, Michigan. In most U.S. cities, local governments are responsible for decisions concerning matters such as the local water supply and school affairs. However, once a
state takes over, this decision-making capability is shuttled. Despite the widespread attention that takeovers in Flint and Detroit have gained, we know little about how such takeovers--a policy option that has been in use since the 1980s--affect political power in local communities. By focusing on takeovers of local school districts, this book offers the first systematic study of state takeovers of local governments. Although many major U.S. cities have experienced state takeovers of their local school districts, we know little about the political causes and consequences of
takeovers. Complicating this phenomenon are the justifications for state takeokers; while they are assumedly based on concerns with poor academic performance, questions of race and political power play a critical role in the takeover of local school districts. However, Domingo Morel brings clarity
to these questions and limitations--he examines the factors that contribute to state takeovers as well as the effects and political implications of takeovers on racialized communities, the communities most often affected by them. Morel both lays out the conditions under which the policy will
disempower or empower racial and ethnic minority populations, and expands our understanding of urban politics. Morel argues that state interventions are a part of the new normal for cities and offers a novel theoretical framework for understanding the presence of the state in America's urban areas.
The book is built around an original study of nearly 1000 school districts, including every school district that has been taken over by their respective state, and a powerful case study of Newark, New Jersey.