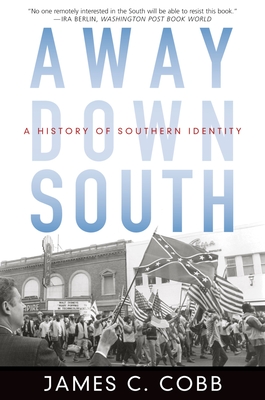 From the seventeenth century Cavaliers and Uncle Tom's Cabin to Civil Rights museums and today's conflicts over the Confederate flag, here is a brilliant portrait of southern identity, served in an engaging blend of history, literature, and popular culture. In this insightful book, written with dry wit and sharp insight, James C. Cobb explains how the South first came to be seen--and then came to see itself--as a region apart from the rest of America. As Cobb demonstrates, the legend of the aristocratic Cavalier origins of southern planter society was nurtured by both northern and southern writers, only to be challenged by abolitionist critics, black and white. After the Civil War, defeated and embittered southern whites incorporated the Cavalier myth into the cult of the Lost Cause, which supplied the emotional energy for their determined crusade to rejoin the Union on their own terms. After World War I, white writers like Ellen Glasgow, William Faulkner and other key figures of Southern Renaissance as well as their African American counterparts in the Harlem Renaissance--Cobb is the first to show the strong links between the two movements--challenged the New South creed by asking how the grandiose vision of the South's past could be reconciled with the dismal reality of its present. The Southern self-image underwent another sea change in the wake of the Civil Rights movement, when the end of white supremacy shook the old definition of the Southern way of life--but at the same time, African Americans began to examine their southern roots more openly and embrace their regional, as well as racial, identity. As the millennium turned, the South confronted a new identity crisis brought on by global homogenization: if Southern culture is everywhere, has the New South become the No South? Here then is a major work by one of America's finest Southern historians, a magisterial synthesis that combines rich scholarship with provocative new insights into what the South means to southerners and to America as well.

James C. Cobb is B. Phinizy Spalding Distinguished Professor of History at the University of Georgia. A former president of the Southern Historical Association, he has written numerous of award-winning books and articles, including The Most Southern Place on Earth, which was a finalist for a Los Angeles Times Book Award.