Modern History: From the European Age to the New Global Era (Hardcover) 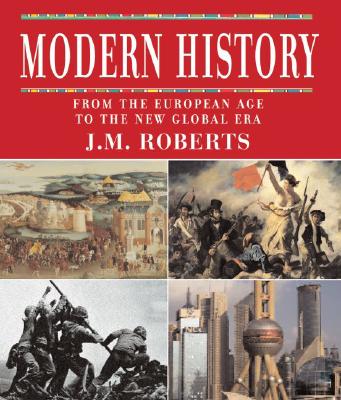 Modern History: From the European Age to the New Global Era (Hardcover)

In Modern History, the story of humankind's epic history continues from the European Renaissance to the present. Beginning with the establishment of a new Europe looking confidently outward to the world beyond the continent, a compelling and dramatic narrative traces developments across the centuries of empire, industrial growth and innovation, revolutions and world wars, through to the emergence of the globalized era-- a fast-changing, interconnected, and non-Eurocentric world beset with environmental concerns and the terrible threats posed by terrorism, and the onset of a truly global economy with the rise of industrialized Asia. This book brings fully up to date what is, essentially, the story of ourselves, and of the brilliant successes and dismal failures we have experienced in our attempts to assert our values, create a civilized world, and control our destiny. Authoritative, brilliantly written, and superbly illustrated, this outstanding work of popularizing scholarship makes modern history, from the European Age to the new global era, vivid and accessible as never before. It is a narrative of drama, innovation, empire, discovery, faith, turmoil, and hope.
The late J.M. Roberts was a distinguished and influential historian. A former fellow, tutor, and master of Merton College, Oxford (UK), he also held visiting professorships in the United States. He was general editor of Purnell's History of the Twentieth Century, but is best known for his original works, History of the World and Triumph of the West.