The Curse of the Somers: The Secret History Behind the U.S. Navy's Most Infamous Mutiny (Hardcover) 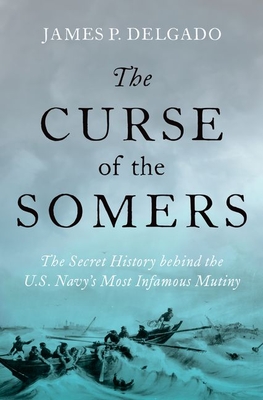 The Curse of the Somers: The Secret History Behind the U.S. Navy's Most Infamous Mutiny (Hardcover)


On Our Shelves Now
A detailed and riveting account of the U.S. Navy's greatest mutiny and its wide-ranging cultural and historical impact The greatest controversy in the history of the U.S. Navy of the early American Republic was the revelation that the son of the Secretary of War had seemingly plotted a bloody mutiny that would have turned the U.S. brig Somers into a pirate ship. The plot discovered, he and his co-conspirators were hastily condemned and hanged at sea. The repercussions of those acts brought headlines, scandal, a fistfight at a cabinet meeting, a court martial, ruined lives, lost reputations, and tales of a haunted ship bound for the devil and lost tragically at sea with many of its crew. The Somers affair led to the founding of the U.S. Naval Academy and it remains the Navy's only acknowledged mutiny in its history. The story also inspired Herman Melville's White-Jacket and Billy Budd. Others connected to the Somers included Commodore Perry, a relation and defender of the Somers' captain Mackenzie; James Fenimore Cooper, whose feud with the captain, dating back to the War of 1812, resurfaced in his reportage of the affair; and Raphael Semmes, the Somers' last caption who later served in the Confederate Navy. The Curse of the Somers is a thorough recreation of this classic tale, told with the help of recently uncovered evidence. Written by a maritime historian and archaeologist who helped identify the long-lost wreck and subsequently studied its sunken remains, this is a timeless tale of life and death at sea. James P. Delgado re-examines the circumstances, drawing from a rich historical record and from the investigation of the ship's sunken remains. What surfaces is an all-too-human tale that resonates and chills across the centuries.

James P. Delgado is Senior Vice President of SEARCH, Inc., the leading cultural resources firm in the United States. Before that, he was Director of Maritime Heritage for the National Oceanic and Atmospheric Administration and President and CEO of the Institute of Nautical Archaeology (INA). He was also host of the National Geographic international television series "The Sea Hunters" featuring best-selling author Clive Cussler. Author of more than 20 books, including War at Sea, more than a hundred scholarly and popular magazine articles, and a regular guest in documentary films, he is senior consultant and regularly appears in National Geographic's international television series "Drain the Oceans." For decades he has led diving and excavation teams, most recently at the site of the wreck of the Clotilda, the last ship known to have brought slaves to the United States.