From Zeno to Arbitrage: Essays on Quantity, Coherence, and Induction (Paperback) 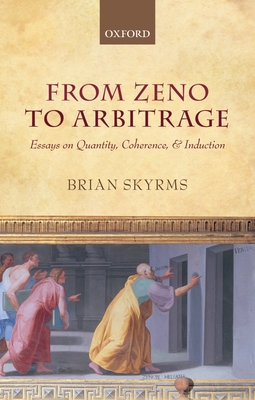 From Zeno to Arbitrage: Essays on Quantity, Coherence, and Induction (Paperback)


Usually Arrives in Store in 1-5 Days
(This book cannot be returned.)
Brian Skyrms presents a set of influential essays on the nature of quantity, probability, coherence, and induction. The first part explores the nature of quantity and includes essays on tractarian nominalism, combinatorial possibility, and coherence. Part Two proceeds to examine coherent
updating of degrees of belief in various learning situations. Finally, in Part Three, Skyrms develops an account of aspects of inductive reasoning, which proceeds from specific problems to general considerations. These essays span the breadth of Skyrms's illustrious career and will be essential
reading for scholars and advanced students in philosophy of science and formal epistemology.

Brian Skyrms is Distinguished Professor of Logic and Philosophy of Science and Economics at the University of California, Irvine. His interests cover a range of topics, including the evolution of conventions, the social contract, inductive logic, decision theory, rational deliberation, themetaphysics of logical atomism, causality, and truth. He is the author of Signals: Evolution, Learning, and Information (OUP, 2010).