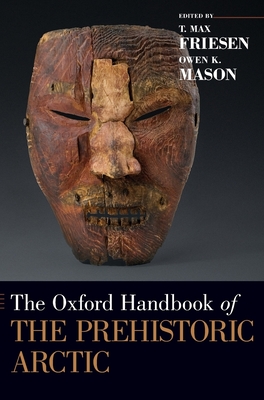 The North American Arctic was one of the last regions on Earth to be settled by humans, due to its extreme climate, limited range of resources, and remoteness from populated areas. Despite these factors, it holds a complex and lengthy history relating to Inuit, I upiat, Inuvialuit, Yup'ik and Aleut peoples and their ancestors. The artifacts, dwellings, and food remains of these ancient peoples are remarkably well-preserved due to cold temperatures and permafrost, allowing archaeologists to reconstruct their lifeways with great accuracy. Furthermore, the combination of modern Elders' traditional knowledge with the region's high resolution ethnographic record allows past peoples' lives to be reconstructed to a level simply not possible elsewhere. Combined, these factors yield an archaeological record of global significance--the Arctic provides ideal case studies relating to issues as diverse as the impacts of climate change on human societies, the complex process of interaction between indigenous peoples and Europeans, and the dynamic relationships between environment, economy, social organization, and ideology in hunter-gatherer societies. In the The Oxford Handbook of the Prehistoric Arctic, each arctic cultural tradition is described in detail, with up-to-date coverage of recent interpretations of all aspects of their lifeways. Additional chapters cover broad themes applicable to the full range of arctic cultures, such as trade, stone tool technology, ancient DNA research, and the relationship between archaeology and modern arctic communities. The resulting volume, written by the region's leading researchers, contains by far the most comprehensive coverage of arctic archaeology ever assembled.

T. Max Friesen is a Professor in the Department of Anthropology at the University of Toronto. Owen K. Mason is a Research Affiliate at the Institute of Arctic and Alpine Research.