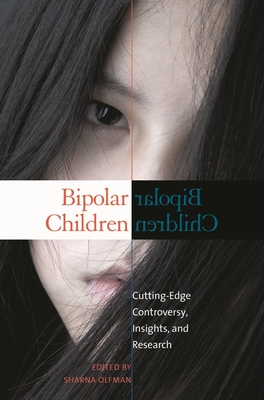 Over the last decade, the number of children diagnosed with bipolar disorder has increased up to fortyfold. This is a trend exclusive to the United States, and one that, alarmingly, leads to most of the diagnosed children--some still in their infancy--being prescribed antipsychotic drugs, often in combination with anticonvulsants. These classes of drugs have dangerous side effects, including a doubling of mortality rates, shortened life span, extreme weight gain, and Type II diabetes. In this book, psychologist Sharna Olfman leads a team of widely known experts who examine that astonishing rise in the diagnosis of pediatric bipolar disorder, particularly in the absence of any compelling evidence for either the validity of the criteria being used to diagnose it or the safety and effectiveness of the drugs being used to treat it. When a child is unnecessarily prescribed antipsychotic and anticonvulsant drugs, his or her mental and physical health may be irrecoverably compromised, says Olfman. With as many as two-and-a-half million children from across the socioeconomic spectrum now taking antipsychotics, we have set the stage for widescale child abuse.

The contributors to this revealing and disturbing volume include psychiatrist David Healy, one of the world's leading authorities on psychotropic drugs; pediatrician Philip Landrigan, an internationally renowned health researcher; and Robert Whitaker, an award winning medical journalist. The contributors identify and explain complex and interrelated factors that have set the stage for the pediatric bipolar epidemic, and they recommend practice and policy changes to stem the tide of misdiagnosis and dangerous drug prescriptions.

Sharna Olfman is Professor of Clinical and Developmental Psychology at Point Park University, the Founding Director of the Childhood and Society Symposium, and Series Editor for the Childhood in America book series for Praeger Publishers. She is a member of the Council on Human Development and a partner in the Alliance for Childhood. She has written and presented widely on topics including gender development, women's mental health, infant care, and child psychopathology. Her earlier books with Praeger include Child Honoring: How to Turn This World Around, co-edited with Raffi Cavoukian (2006), No Child Left Different (2006), Childhood Lost (2005), and All Work and No Play: How Educational Reforms are Harming Our Preschoolers (2003).