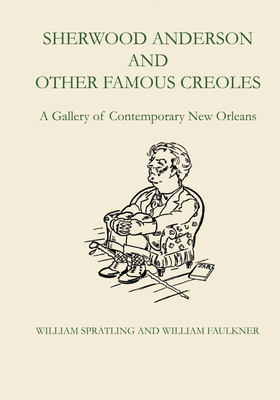 When Bill Faulkner came to New Orleans he was a skinny little guy, three years older than I, and was not taken very seriously except by a few of us. Thus the late William Spratling, popularly known as the Taxco "Silver King," recalled the mid-1920's, when Faulkner, a young man fresh from Oxford, Mississippi, roomed with Spratling in Pirates Alley. "By the time I would be up, say at seven, Bill would already be out on the little balcony over the garden tapping away on his portable, an invariable glass of alcohol-and-water at hand." A result of their friendship was a book depicting "various people who were then engaged .. . with the arts in New Orleans." It was based on firsthand observation. "There were casual parties with wonderful conversation and with plenty of grand, or later to be grand, people." Some of the names, in addition to Sherwood Anderson, were Horace Liveright, Carl Van Doren, Carl Sandberg, John Dos Passos, Anita Loos, and Oliver La Farge. Spratling supplied sharp caricatures of the people and Faulkner contributed succinct captions and a Foreword. It was all "sort of a private joke," but the four hundred copies were sold within a week and the original edition is now a collector's item. This book is a charming reminder of exciting days and talented people.