Along the Lines: Selected Drawings by Saul Steinberg (Hardcover) 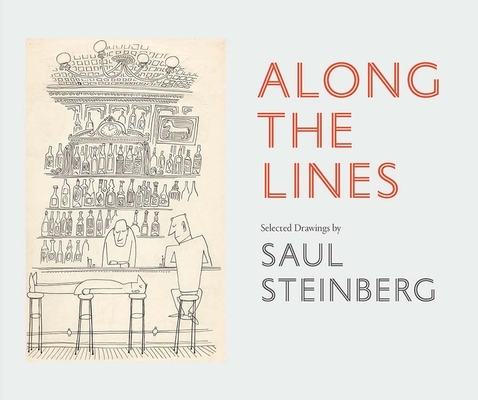 Along the Lines: Selected Drawings by Saul Steinberg (Hardcover)


Email or call for price.
A lively book that traverses forty years of drawing and satire by a celebrated cartoonist and postwar artist

Romanian-born American artist Saul Steinberg (1914–1999) won international acclaim for his inventive, wry representations of the postwar age. His work appeared on the covers and interiors of the New Yorker for nearly six decades, and his drawings, collages, prints, paintings, and sculptures have been exhibited in galleries and museums around the world. With essays by cartoonist Chris Ware and curator Mark Pascale, this lively book traces Steinberg’s imagery as it evolved over the full scope of his career, celebrating his refusal to distinguish between high and low art. The 60 works included traverse the realms of Steinberg’s world, from the witty black-ink takes on his newly adopted land of 1940s America to the watercolor paintings he made as a mature artist in the late 1980s.
Chris Ware is an award-winning cartoonist and author. Mark Pascale is Janet and Craig Duchossois Curator of Prints and Drawings at the Art Institute of Chicago.