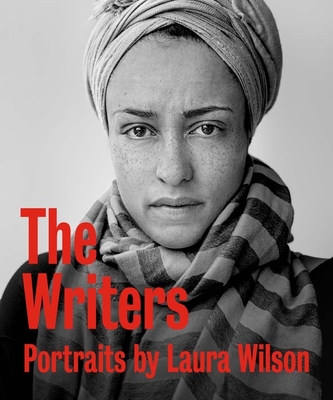 “We’ve all seen writers on the dust jackets of their books. These portraits, it seemed to me, generally failed to convey either character or personality. Writers deserve better. I wanted to make compelling pictures that would stick in the mind’s eye.”—Laura Wilson

Inspired by the classic photo essays that once appeared in Life magazine, renowned photographer Laura Wilson presents dynamic portraits of thirty-eight internationally acclaimed writers. Through her photos and accompanying texts, she gives us vivid, revealing glimpses into the everyday lives of such luminaries as Rachel Cusk, Edwidge Danticat, David McCullough, Haruki Murakami, and the late Carlos Fuentes and Seamus Heaney, among others. Margaret Atwood works in her garden. Tim O’Brien performs magic tricks for his family. And Louise Erdrich, who contributes an introduction, speaks with customers in her Minneapolis bookstore. At once inviting and poignant, the book reflects on writing and photography’s shared concerns with invention, transformation, memory, and preservation. With 220 duotone images, The Writers: Portraits will appeal to fans of literature and photography alike.

Harry Ransom Center at The University of Texas at Austin
August 26, 2022–January 1, 2023
Laura Wilson is a photographer whose work has appeared in the New Yorker, the New York Times, Vanity Fair, and the Washington Post, among others. Her books include Hutterites of Montana (Yale University Press, 2000), Avedon at Work: In the American West (2003), and That Day: Pictures in the American West (Yale University Press, 2015).
"In The Writers: Portraits, you'll find front-facing images of poignant intensity...But subjects are also seen informally, in their home milieu, often with friends or spouses."—Damian Thompson, World of Interiors 'Holiday roundup'

“[A] beautiful book that belongs in the library of every lover of literature and every lover of fine portrait photography. . . . The portraits are breathtaking in their simplicity, honesty, and clarity.”—Arthur Hoyle, New York Journal of Books