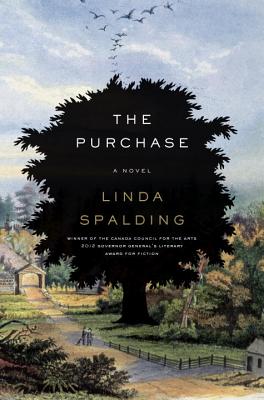 In this provocative and starkly beautiful historical novel, a Quaker family moves from Pennsylvania to the Virginia frontier, where slaves are the only available workers and where the family’s values and beliefs are sorely tested.

In 1798, Daniel Dickinson, recently widowed and shunned by his fellow Quakers when he marries his young servant girl to help with his five small children, moves his shaken family down the Wilderness Road to the Virginia/Kentucky border. Although determined to hold on to his Quaker ways, and despite his most dearly held belief that slavery is a sin, Daniel becomes the owner of a young boy named Onesimus, setting in motion a twisted chain of events that will lead to tragedy and murder, forever changing his children’s lives and driving the book to an unexpected conclusion.

A powerful novel of sacrifice and redemption set in a tiny community on the edge of the frontier, this spellbinding narrative unfolds around Daniel’s struggle to maintain his faith; his young wife, Ruth, who must find her own way; and Mary, the eldest child, who is bound to a runaway slave by a terrible secret. Darkly evocative, The Purchase is as hard-edged as the realities of pioneer life. Its memorable characters, drawn with compassion and depth, are compellingly human, with lives that bring light to matters of loyalty and conscience.

LINDA SPALDINGwas born in Kansas and lived in Mexico and Hawaii before immigrating to Canada in 1982. She is the author of three critically acclaimed novels, "Daughters of Captain Cook, The Paper Wife," and (with her daughter Esta) "Mere." Her nonfiction includes "The Follow" (Canadian title, short-listed for the Trillium Book Award and the Pearson Writers Trust Prize, and published in the US as "A Dark Place in the Jungle"), "Riska: Memories of a Dayak Girlhood" (shortlisted for the Kiriyama Prize), and "Who Named the Knife." She has been awarded the Harbourfront Festival Prize for her contribution to the Canadian literary community. The Purchase received Canada s Governor General s Literary Award and its Rogers Writers Trust Fiction Prize. Spalding lives in Toronto, where she is the editor of "Brick" magazine.

Praise for Linda Spalding’s The Purchase

“It is said that a great work of art moves us on four levels: entertainment, instruction, inspiration and enlightenment. Rarely are all four found in one volume. The Purchase is one of those rarities.”––Jeremy McGuire, The New York Journal of Books

“Spalding’s work brilliantly depicts the indelible stain that slavery has left on the moral fabric of America.”––Jay Strafford, The Richmond Times-Dispatch

“Spalding’s vivid portrayal of eighteenth-century Virginia is a searing indictment of the institution of slavery, showing how personal interest and human frailty made complicit participants of the most “innocent” of bystanders. Powerful and disturbing, though with notes of hope throughout, readers won’t be able to help compare their own choices to those of the novel’s flawed but strongly principled characters.”––Nicole Bonia, Linus’s Blanket

“Historically, The Purchase is fascinating as it combines several different elements of the country’s unique background. Daniel’s world is as unfamiliar to him as it is to modern readers, but it is Ms. Spalding’s succinct descriptions that allow readers to adapt and learn about this unfamiliar setting and lifestyle.”––That’s What She Read

"With meticulous yet seamless attention to historical detail, Linda Spalding transports the reader to eighteenth-century Virginia in her mesmerizing novel . . . The Purchase is in epic novel in every way that matters—in scope, depth, and heart."
—Jury Citation, Rogers Writers' Trust Fiction Prize

"In The Purchase, one man's unsettling betrayal of his own moral code creates unforeseen ripples that sweep over multiple generations. Thanks to Spalding's compassion and the singular brilliance of her narration, this transfixing novel weaves a tale that is both intimate in nature and, ultimately, huge in scope."
—Gil Adamson, author of The Outlander

"A poised and moving novel about the indignities of slavery and the moral stain at the inception of the American republic. The astonishing historical detail never detracts from the poignancy of the characters or the compelling narrative, which quickly swells into a drama of blood, betrayal and belonging."
—Caryl Phillips, author of A Distant Shore

"The Purchase is as engrossing as it is partly because it is set in a time, the dawn of the 19th century, and a place, the frontier society of slave-owning Virginia, where bad judgment could very easily prove fatal.  [Readers] will find themselves immersed in a powerful mood, a feeling of something dark and brooding and yet bracing, in one of the finest historical novels in recent years."
—Philip Marchand, The National Post

"With The Purchase, Spalding places a contemporary spin on the traditional novel of the antebellum South:  Frontier adventure meets plantation romance meets slave narrative—and to haunting effect . . . It reads like a disturbing dream imbued with the power of myth."
—Donna Bailey Nurse, The Toronto Globe and Mail

"A complex and engaging novel that is Hardy-esque in its examination of the consequences of the purchase of  a young African man . . . a powerful novel of personal tragedy that ends in a hopeful way."
—Peter Robb, Ottawa Citizen