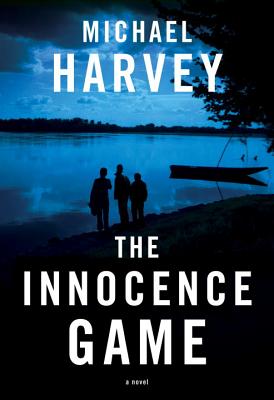 From Michael Harvey, Chicago’s best-known crime writer and author of the popular Michael Kelly series, comes something different: a leap forward into a dark world where the lines between innocence and guilt disappear altogether.

They’re young, brilliant, beautiful . . . and naïve enough to believe they can make a difference. For three graduate students, the exclusive innocence seminar at the nation’s most esteemed journalism school is supposed to teach them how to free the falsely accused from prison. Little do they know the most important lesson they’ll learn is how to stay alive.

The first day of class for Ian Joyce and Sarah Gold starts like any other, until a fellow student, Jake Havens, pulls a wrinkled envelope from his backpack. Inside is a bloodstained scrap of shirt from a boy murdered fourteen years ago and an anonymous note taking credit for the killing. The only problem is the alleged murderer is already dead.

Suddenly, the class has a new assignment: find the real killer. As the case unfolds, the bodies and questions begin to pile up.

Why are innocent men being framed?

Who’s been getting away with murder?

Drawn into a web of deceit and corruption, the students realize they, too, are being hunted. Ian, Sarah, and Jake are smart . . . but are they smart enough to stay alive?

From Northwestern’s idyllic campus, to the grittiest corners of Chicago, to the frigid depths of Lake Michigan, The Innocence Game is irresistible, harrowing suspense from a writer at the top of his form.

Praise for The Innocence Game

“Ingenious . . . Engrossing . . . Michael Harvey is a writer with a bright future.”
—Illinois Times

“Michael Harvey portrays the city of Chicago and its environs to wonderful effect . . . Suspenseful from the start, the last third of the novel becomes much more than ‘just’ a page-turner, when I found that I could not put the book down until the final page, with an ending this reader absolutely did not see coming. It is highly recommended.”
—Midwest Book Review

“Wily and surprising . . . The appealing kids at the book’s center . . . leave us wanting more.”
—Kirkus Reviews