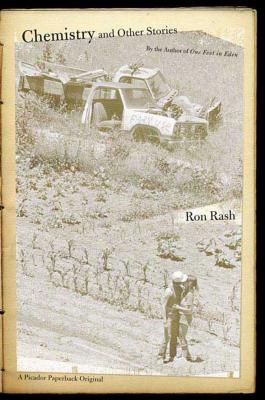 Chemistry and Other Stories, A Picador Paperback Original

From the pre-eminent chronicler of this forgotten territory, stories that range over one hundred years in the troubled, violent emergence of the New South.

In Ron Rash's stories, spanning the entire twentieth century in Appalachia, rural communities struggle with the arrival of a new era.

Three old men stalk the shadow of a giant fish no one else believes is there. A man takes up scuba diving in the town reservoir to fight off a killing depression. A grieving mother leads a surveyor into the woods to name once and for all the county where her son was murdered by thieves.

In the Appalachia of Ron Rash's stories, the collision of the old and new south, of antique and modern, resonate with the depth and power of ancient myths.

"Rash, a poet and novelist (The World Made Straight, 2006) steeped in Appalachia, offers 13 haunting and picturesque stories that illuminate the terms of survival in that often forgotten landscape." - Booklist