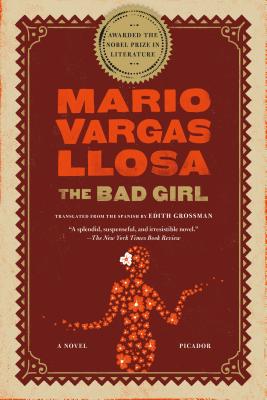 Ricardo Somocurcio is in love with a bad girl. He loves her as a teenager known as "Lily" in Lima in 1950, when she flits into his life one summer and disappears again without explanation. He loves her still when she reappears as a revolutionary in 1960s Paris, then later as Mrs. Richardson, the wife of a wealthy Englishman, and again as the mistress of a sinister Japanese businessman in Tokyo. However poorly she treats him, he is doomed to worship her. Charting Ricardo's expatriate life through his romances with this shape-shifting woman, Vargas Llosa has created a beguiling, epic romance about the life-altering power of obsession.

“Llosa writes an unabashed love story and makes no apologies for it. He seamlessly weaves it into the rich texture of the social atmosphere of the times. . . . Written with passion and energy that delivers.” —Rocky Mountain News

“Spans decades and continents--and in the process, with a deftness that borders on literary sleight of hand, bridges the personal and the universal.” —San Francisco Chronicle

“A beautifully constructed, stinging tease of a novel.” —The Seattle Times