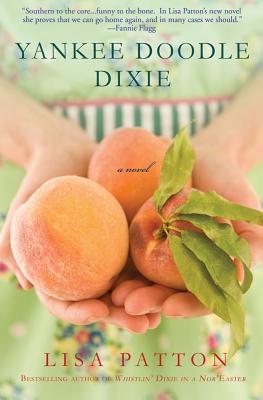 "A charmingly funny testament to second chances in life and love from the acclaimed author of "Whistlin' Dixie in a Nor'easter
Lisa Patton won the hearts of readers last year, her book "Whistlin' Dixie in a Nor'easter "became a sleeper-success. Building on a smashing debut, Lisa's poised to go to the next level--because whether in Vermont snow or in Memphis heat, Dixie heroine Leelee Satterfield is never too far from misadventure, calamity...and ultimately, love.

Having watched her life turn into a nor'easter, 34-year-old Leelee Satterfield is back home in the South, ready to pick back up where she left off. But that's a task easier said then done Leelee's a single mom, still dreaming of the Vermonter who stole her heart, and accompanied by her three best friends who pepper her with advice, nudging and peach daiquiris, Leelee opens another restaurant and learns she has to prove herself yet again. Filled with heart and humor, women's fiction fans will delight in this novel.

LISA PATTON is a Memphis, Tennessee native who spent three years as a Vermont innkeeper until three sub-zero winters drove her back down South. A former promotion director for both radio and TV in Memphis, Lisa also worked as a manager of the Historic Orpheum Theatre. She has over 20 years' experience working in the music and entertainment business, including several years with five-time Grammy Award winner, Michael McDonald. A graduate of the University of Alabama, Lisa guides walking tours of Historic Downtown Franklin, her hometown in Tennessee. Currently at work on her third novel, Lisa is the proud mother of two sons and a little Havanese puppy dog named Rosie. To learn more about her, you can visit Lisa's Web site.