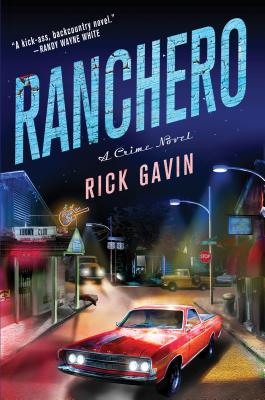 Repo man Nick Reid had a seemingly simple job to do: talk to Percy Dwayne Dubois— pronounced "Dew-boys," front-loaded and hick specific—about the payments he’s behind on for a flat screen TV, or repossess it. But Percy Dwayne wouldn't give in. Nope, instead he saw fit to go all white-trash philosophical and decided that since the world was stacked against him anyway, he might as well fight it. He hit Nick over the head with a fireplace shovel, tied him up with a length of lamp cord, and stole the mint-condition calypso coral-colored 1969 Ranchero that Nick had borrowed from his landlady. And he took the TV with him on a rowdy ride across the Mississippi Delta.

Nick and his best friend Desmond, fellow repo man in Indianola, Mississippi, have no choice but to go after him. The fact that the trail eventually leads to Guy, a meth cooker recently set up in the Delta after the Feds ran him out of New Orleans, is of no consequence—Nick will do anything to get the Ranchero back. And it turns out he might have to.

An original and ballsy road-trip of a crime novel—most of it in Desmond's ex-wife's Geo—Ranchero is an unforgettable read and a fantastic series debut.

When he's not writing, Rick Gavin frames houses and hangs sheetrock in Ruston, Louisiana. "Ranchero" is his first novel.

“Gritty, earthy and often hilarious… The irresistible Ranchero has the humor of a tall tale told by Mark Twain.”
--The Wall Street Journal

“A very colorful trip … Gavin turns out phrase after phrase of ear-pleasing insight into the Delta and those who live there, and dialogue that sounds just right… And when Gavin waxes funny, he really is funny, with enough comedic situations to keep everyone laughing as Reid tries to recover the Ranchero.”
--The Associated Press

“In his debut, Rick Gavin offers a comic romp through the Mississippi Delta, "less a place than a boot on your neck," where eccentricities thrive, pathetic criminals flourish and the absurd can pass for the norm… Gavin's eye for the odd turns out dark, slapstick humor akin to Tim Dorsey's Serge A. Storm novels and Ben Rehder's series set in Blanco County, Texas... Gavin's fine eye for details, his compassion for humanity and his dark sense of humor make Ranchero work… Gavin's dialogue is Elmore Leonard-perfect.”
--South Florida Sun-Sentinel on Ranchero

“This first novel from Gavin is a little miracle. The dialogue is pitch-perfect…. One of the most enjoyable crime debuts in a very long time.”
--Booklist (starred review)

“Gavin’s first novel is a sure winner. Reminiscent of Tim Dorsey’s “Serge Storms” series but with a more likable protagonist, it will appeal to down-home good old boys and their armchair counterparts. Recommended.”
--Library Journal (starred review)

“Full of inspired comic hyperbole, Gavin’s rollicking debut does for the Mississippi Delta what Tim Dorsey and Carl Hiaasen do for Florida… Readers will eagerly await Reid’s next adventure in the Delta.”
--Publishers Weekly (starred review)