I Left It on the Mountain: A Memoir (Hardcover) 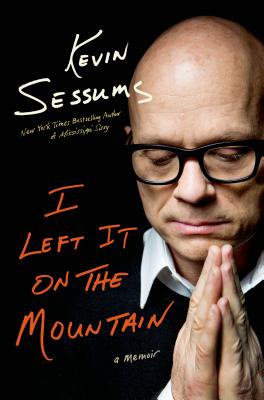 I Left It on the Mountain: A Memoir (Hardcover)


Email or call for price.
On his 53rd birthday, Kevin Sessums woke up in his L.A. hotel room wondering how he would get through his scheduled interview with Hugh Jackman. For years he had interviewed the bright lights: Madonna, Courtney Love, Jessica Lange, and all the other usual suspects; but, Kevin knew that his rapidly unraveling life was as shallow as the hotel's hip furniture and he was hanging on by his fingertips. In I Left It on the Mountain, Sessums chronicles his early days in NY as an actor, his years working for Andy Warhol at Interview and Tina Brown at Vanity Fair, countless nights of anonymous sex, his HIV Positive diagnosis and his descent into addiction. It's also the chronicle of one man's spiritual redemption found while climbing to the top of Mt. Kilimanjaro, walking the Camino de Santiago de Compostelo and trudging across the cold, lonely winter beaches of Provincetown. Peopled with the famous like Daniel Radcliffe and Diane Sawyer as well as anonymous companions corporeal and otherwise whom he met while mountain climbing and hiking, I Left It on the Mountain is the story of one man's fall and rebirth, the next moving chapter in Kevin Sessums' extraordinary life that takes him from the high to the low and back again. For readers who loved Mississippi Sissy and want to know what happened to that tenacious little boy with the baseball mitt, New York Times Best Seller I Left It On the Mountain is the sometimes very dark, but ultimately hopeful answer.
KEVIN SESSUMS is Editor-in-Chief of 429 and New York Times Bestselling author of I Left It on the Mountain and Mississippi Sissy. He was previously a contributing editor at Vanity Fair and Allure. His work has appeared in Elle, Travel + Leisure, Playboy, Out, and Show People. He lives in San Francisco, California.

“With the most acute eye, an ear for the telling phrase, and a brand of compassion seldom encountered in the world of celebrity journalism, Kevin Sessums takes us along on a rare journey--to the places few people besides the famous and those who follow them get to go through the pages of deeply engaging new book, I got to know Madonna and Jessica Lange, and a long list of others. The most likable among them, Kevin Sessums himself. In a world of tinsel, he reveals himself to be that rare thing: a journalist with a heart.” —Joyce Maynard, author of Labor Day, The Usual Rules, The Good Daughters and others

“A gentleman-pilgram's tale of quiet fortitude and strength on the long path to something akin to wisdom. Kevin Sessums matches each instance of self-debasement with a quiet and forgiving wonderment at how his skies got so dark. He finds the answers in small acts of private internal courage in his exile in Provincetown, where he meets himself unblinkingly but with great kindness. The kindness Kevin has always showed others, he finally proffers to himself. A quietly stunning book as intimate as a story told over a winter's night in a quiet beach town, after everyone has gone home.” —Jon Robin Baitz

“Kevin Sessums' I Left It On The Mountain is irresistible--in turn, scandalous, hysterical, poignant, and, finally, triumphant.” —David Sheff, author of clean and beautiful boy

“Kevin Sessums's brother once told him 'You might be a sissy but you're a damn tough determined one.' And he was right; only the toughest of sissies could have survived the life, alternately enviable and harrowing, that Sessums describes with an almost reckless bravery in I Left It On The Mountain. Because Sessums didn't leave everything up there. He found something, too, that he didn't know he was looking for - the ability to forgive himself, and the grace to describe what that lifelong process has been like. The result is this terrifying, dishy, beautiful, valuable book.” —Richard Kramer author of These Things Happen and writer/producer/director on My So-Called Life and thirtysomething

“The best writers make you feel that contradictory things are true. Kevin Sessums goes one further and makes you feel they're true because contradictory - he wouldn't be the excited, vivid, big-game celebrity hunter he is, did he not experience so keenly the sadness of the chase and the starry desolation of those he tracks. A book both strong and delicate, of the world and of the spirit in equal measure.” —Man Booker Prize winner Howard Jacobson, author of The Mighty Walzer, Kalooki Nights, The Finkler Question, and J: A Novel