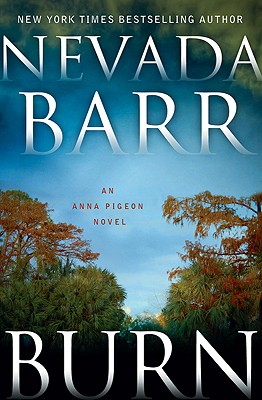 “Nevada Barr has established Anna Pigeon as one of the premier characters in crime fiction. Even on leave from the National Park Service, Anna is unable to avoid trouble as she encounters Clare Sullivan, a wanted murderer with a compelling story. The two combine Anna's passion and persistence and Clare's acting ability to track down a group abducting children. Written with Barr's usual verve and precision to natural detail, this is a worthy addition to the saga of Anna.”
— Bill Cusumano, Nicola's Books, Ann Arbor, MI

Nevada Barr brings her acclaimed New York Times bestselling Anna Pigeon series to Minotaur Books with one of her most compelling, complex novels yet! Anna Pigeon, a Ranger with the National Park Service, is newly married but on administrative leave from her job as she recovers from the traumas of the past couple of months. While the physical wounds have healed, the emotional ones are still healing. With her new husband back at work, Anna decides to go and stay with an old friend from the Park Service, Geneva, who works as a singer at the New Orleans Jazz NHP. She isn’t in town long before she crosses paths with a tenant of Geneva’s, a creepy guy named Jordan. She discovers what seems to be an attempt to place a curse on her—a gruesomely killed pigeon marked with runic symbols; and begins to slowly find traces of very dark doings in the heart of post-Katrina New Orleans. Tied up in all of this is Jordan, who is not at all what he appears to be; a fugitive mother accused of killing her husband and daughters in a fire; and faint whispers of unpleasant goings-on in the heart of the slowly recovering city.

Now it will take all of Anna’s skills learned in the untamed outdoors to navigate the urban jungle in which she finds herself, to uncover the threads that connect these seemingly disparate people, and to rescue the most vulnerable of creatures from the most savage of animals.

Nevada Barr is the author of the series of "New York Times" bestselling novels featuring Anna Pigeon, a law enforcement park ranger. Her novels include "Winter Study" and "Borderline." She won the Agatha Award for Best First Novel for "Track of the Cat." Like her character, Barr worked for the National Park Service as a park ranger before resigning to write full time. She had postings to such parks as Guadalupe Mountains National Park in Texas (where Anna Pigeon was created) and Natchez Trace Parkway in Mississippi. She lives in New Orleans.

“Burn will smolder in your heart long after you’re done.”—Madison County Herald

“Barr has written another hit [that] her fans will devour.”—Library Journal

“A rare treat…Told with all Barr’s usual verve and eye for detail and with a solid, tight plot.”
—The Globe and Mail (Toronto)

"Barr not only has crafted a fine mystery, but her smooth handling of plot and characterization makes for excellent reading." —RT Book Review