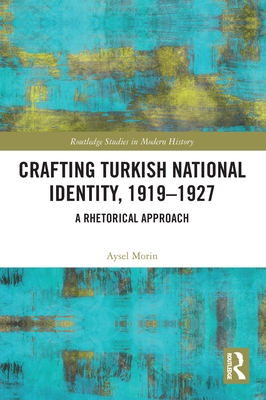 Offering a comprehensive rhetorical analysis of Nutuk in its entirety, the book reveals how Atat rk crafted these myths, traces their discursive roots back to the Orkhon Inscriptions, epic tales, and ancient stories of Turkish culture, and critiques their long-term effects on Turkish political culture. In so doing, it advances the argument that these myths have become permanent fixtures of Turkish political discourse since the establishment of Turkey and have been used by both supporters and detractors of Atat rk. Providing examples of how past and present leaders, including Recep Tayyip Erdoğan, a vocal critic of Atat rk, have deployed these myths in their discourses, the book offers an entirely new way to read and understand Turkish political culture and contributes to the heated debate on Kemalism by responding to the need to go back to the original sources - his own speeches and statements - to understand him.

Aysel Morin is an associate professor in the School of Communication at East Carolina University, USA. Her research involves the rhetorical construction of collective identities, political and public discourse, critical and cultural studies, nationalism, and history.