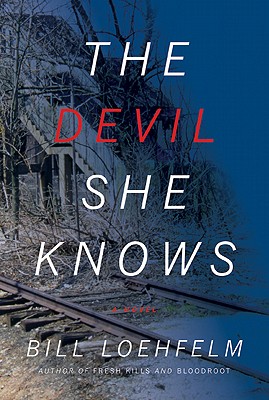 By Bill Loehfelm
Special Order -- Email or Call for Availability

An audacious thriller from a major new talent Life isn’t panning out for Maureen Coughlin. At twenty-nine, the tough-skinned Staten Island native’s only excitement comes from . . . well, not much. A fresh pack of American Spirits, maybe, or a discreet dash of coke before work. If something doesn’t change soon, she’ll end up a “lifer” at the Narrows, the faux-swank bar where she works one long night after another. But just like the island, the Narrows has its seamy side. After work one night, Maureen walks in on a tryst between her co-worker Dennis and Frank Sebastian, a silver-haired politico. When Sebastian demands her silence, Maureen is more than happy to forget what she’s seen—until Dennis turns up dead on the train tracks the next morning. The murder sends Maureen careening out of her stultifying routine and into fast-deepening trouble. Soon she’s on the run through the seedy underbelly of the borough, desperate to stop Sebastian before Dennis’s fate becomes her own. With The Devil She Knows, Bill Loehfelm has written a pitch-black thriller in a fresh, compulsively readable voice, with pages that turn themselves. This is the real deal: a breakout novel by a writer whom Publishers Weekly has praised for his “superb prose and psychological insights.”

Bill Loehfelm is the author of "Fresh Kills," the first winner of the Amazon Breakthrough Novel Award, and another novel, "Bloodroot." He was born in Brooklyn and grew up on Staten Island; he lives in New Orleans with his wife, the writer AC Lambeth.

“The deeply conflicted Maureen, in particular, is brilliantly developed—as compelling a character as this reviewer expects to see this year.” —Thomas Gaughan, Booklist (starred review)

“A terrific drama . . . Loehfelm expertly ramps up the suspense, taking the reader on a dark ride . . .” —Publishers Weekly (starred review)

“Bill Loehfelm’s new book just won’t get out of my mind. And the reason is Maureen Coughlin, the character of the year . . . At its base, this wonderful book is about power and lack of it . . . [I hope Loehfelm will] launch this unforgettable woman into a series of her own.” —Diana Pinckley, The Times-Picayune

“In Maureen, Loehfelm has created an unlikely hero who is both appealing and believable . . . He tells [this] story in an original voice that is by turns gritty and lyrical . . . Rarely has a crime novelist launched a career with a trio of books that display such superior craftsmanship.” —Bruce DeSilva, The Associated Press

“At a bar, a tough city girl sees something she really shouldn’t see, and immediately there’s trouble—well-dressed, connected, and brazenly confident trouble. A tough city girl can get out of trouble, right? Not if she’s caught in a dark corner of Staten Island, New York City’s most tribal and secretive borough. So begins Bill Loehfelm’s page-ripping thriller, The Devil She Knows. It’s a fast, rough ride you can’t put down.” —Colin Harrison

“The Devil She Knows is nothing short of terrific. An absolutely original voice, and a story that grabs you by the throat and doesn’t ever, ever, ever even think of letting go.” —John Lescroart

“Bill Loehfelm, a rising star in crime fiction, just keeps rising higher: The Devil She Knows is a taut, knowing story, and Maureen Coughlin is a hero for the ages, a character who jumps off the page and demands the reader’s full attention and empathy from the very start.” —Laura Lippman

“A serious talent.” —The Baltimore Sun