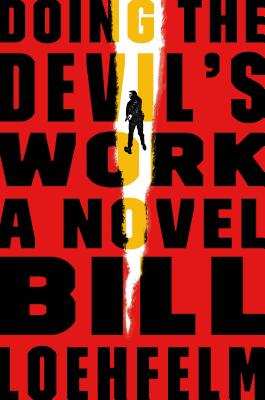 This is book number 3 in the Maureen Coughlin Series series.

"You have a temper, Officer Coughlin, and a propensity for violence . . . You're a bit of a hazard. To others. To yourself."

Maureen Coughlin is a bona fide New Orleans cop now, and, with her training days behind her, she likes to think she's getting the lay of the land. Then a mysterious corpse leads to more questions than answers, and a late-night traffic stop goes very wrong. The fallout leaves Maureen contending with troubled friends, fraying loyalties, cop-hating enemies old and new, and an elusive, spectral, and murderous new nemesis—and all the while navigating the twists and turns of a city and a police department infected with dysfunction and corruption.
Bill Loehfelm is a rising star in crime fiction. And his Maureen Coughlin is the perfect protagonist: complicated, strong-willed, sympathetic (except when she's not), and as fully realized in Loehfelm's extraordinary portrayal as the New Orleans she patrols. The first two installments in this series won Loehfelm accolades as well as fans, and Doing the Devil's Work only ups the ante. It's even faster, sharper, and more thrilling than its predecessors. Taut and fiery, vibrant and gritty, and peopled with unforgettable characters, this is the sinuous, provocative story of a good cop struggling painfully into her own.

Bill Loehfelm is the author of the critically acclaimed series about the New Orleans Police Department rookie Maureen Coughlin, as well as the stand-alone novels Fresh Kills and Bloodroot. His short fiction and nonfiction have appeared in several anthologies. He lives in New Orleans with his wife, AC Lambeth, a writer and yoga instructor, and their dog. He plays drums in a rock-’n’-roll band.

“After being warned about falling in love with the power of the job, [Maureen Coughlin] finds herself wrestling with ethical issues that fictional cops, especially fictional female ones, rarely talk about, leaving that stuff to real-life cops--and smart guys like Bill Loehfelm.” —The New York Times

“As he's shown in the earlier installments in this series, Loehfelm has a real feel for capturing the nearly impenetrable culture of the NOPD . . . As impressive as his ability to evoke a sense of place is Loehfelm's creation of a lead character of such remarkable depth and complexity. Equal parts toughness, vulnerability, naïveté, and street smarts, Coughlin has clearly established herself as one of the most compelling crime-fiction protagonists to appear in the last five years . . . she is one of a kind. There is no more fascinating beat cop in crime fiction, and when Coughlin earns her detective shield, the genre's A-list stars better start watching their backs.” —Booklist (starred)

“Our heroine has both a strong will and a finely tuned moral compass… Loehfelm has created a wonderfully flawed heroine in Coughlin… [Loehfelm's] love for New Orleans is evident in his descriptions, from the greasy spoon the cops favor for gumbo to the rollicking frat bars of the French Quarter. Dialogue doesn't get much snappier, and the complicated plot (which not only introduces the militia group, but resolves the fate of the despicable murderer Scales from Way) is deftly handled. This series just keeps getting better.” —Kirkus (starred)

“Bill Loehfelm owns post-Katrina New Orleans. This is an honest, true look at the New Orleans of today with an insider's knowledge of the streets, the neighborhoods, and the people. You can't do any better than riding shotgun with Maureen Coughlin. She's hip, contemporary, and the perfect guide to one of America's most broken cities.” —Ace Atkins, New York Times-bestselling author of The Forsaken and The Redeemers

“Writers will admire Bill Loehfelm's Doing the Devil's Work for its tart dialogue, pungent sense of place, and sinuous portrayal of Officer Maureen Coughlin, a Clarice Starling for New Orleans. Readers will rip through it and then curse Loehfelm for not having another heart-breaking tale at the ready.” —Bryan Gruley, author of The Skeleton Box

“Bill Loehfelm writes about New Orleans with tenderness and grit, two qualities mirrored by his unforgettable protagonist, Maureen Coughlin. Compelling, whip-smart and completely original, Doing the Devil's Work will take your breath away.” —Hilary Davidson, author of Evil in All Its Disguises