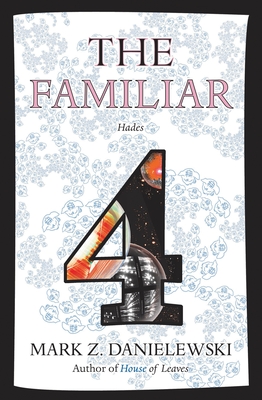 This is book number 4 in the The Familiar series.

When a viral video puts twelve-year-old Xanther under a spotlight of scrutiny at school, her little white cat—still slumbering, still unnamed—offers the only escape, though it comes at a price. Not even Xanther’s parents can deny the strange currents now shuddering around their eldest, touching off inexplicable happenings. Entities troubling the dreams of the twins seem to have singled out Freya. Despite invitations to a gala at The Met, Anwar fears the solution to their financial difficulties might expose more than just his family to dangerous consequences. Something greater is at hand, something terrible is at stake. And all the while, faces unfamiliar to the Ibrahims draw closer and closer: Jingjing, in Singapore, clutching charms, boards a plane for Los Angeles; Cas and Bobby, with visions of Xanther in Mefisto’s Orb, must elude attacks from the sky. Strangers collide . . . though will those intersections lead to alliances or war? And does the dance at the center of Volume 4 augur the liberation of our better angels or the release of a creature set to feast on the wings of hope?

The Familiar Volume 5 Wherein the cat is named . . .

“The series at times recalls Ulysses, Infinite Jest, and Cloud Atlas in its complexity, structure, and echoing parallel narratives. . . . The literary world is stronger for having boundary pushers like Danielewski.” —Ryan Vlastelica, The A.V. Club

“So perfectly relatable, so beautifully rendered. . . . So, so worth it in the way that reading [The Familiar] rewires your brain.” —Jason Sheehan, NPR Books

“Graphic design works in tandem with storytelling in this fascinating, ongoing, humongous experiment with form and the experience of reading.” —John Freeman, The Boston Globe

“[The Familiar] is a ‘remediation’ of television series like Twin Peaks and Breaking Bad . . . resembles Altman-inflected movies . . . or the time and place-skipping novels of David Mitchell. . . . I’m definitely in.” —Tom LeClair, The New York Times Book Review

“[Danielewski is] the most aggressively avant-garde popular writer working today. . . . The Familiar is as much a narrative story as it is an experiment in visual and typographical forms. . . . It all adds up to something between a graphic novel and a novel-novel.” —Cady Drell, Newsweek

“The author is innovating wildly not only with text but also with narrative flow, structure, and multiplicity of meaning. Loose, imagistic words are followed by tightly layered prose and pictures; this varied density creates a deeply nuanced reading experience that works. A must-read.” —Library Journal (starred review)

“This is a book you cannot miss—because there’s simply nothing else like it.” —Jefferson Grubbs, Bustle