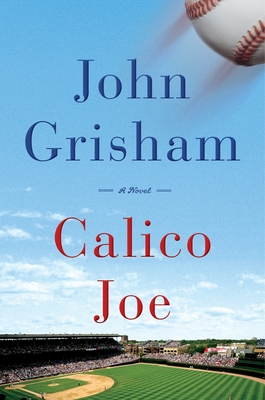 A surprising and moving novel of fathers and sons, forgiveness and redemption, set in the world of Major League Baseball…


Whatever happened to Calico Joe?

It began quietly enough with a pulled hamstring. The first baseman for the Cubs AAA affiliate in Wichita went down as he rounded third and headed for home. The next day, Jim Hickman, the first baseman for the Cubs, injured his back. The team suddenly needed someone to play first, so they reached down to their AA club in Midland, Texas, and called up a twenty-one-year-old named Joe Castle. He was the hottest player in AA and creating a buzz.

In the summer of 1973 Joe Castle was the boy wonder of baseball, the greatest rookie anyone had ever seen.  The kid from Calico Rock, Arkansas dazzled Cub fans as he hit home run after home run, politely tipping his hat to the crowd as he shattered all rookie records.

Calico Joe quickly became the idol of every baseball fan in America, including Paul Tracey, the young son of a hard-partying and hard-throwing Mets pitcher. On the day that Warren Tracey finally faced Calico Joe, Paul was in the stands, rooting for his idol but also for his Dad. Then Warren threw a fastball that would change their lives forever…

In John Grisham’s new novel the baseball is thrilling, but it’s what happens off the field that makes CALICO JOE a classic.

JOHN GRISHAM is the author of twenty-four novels, one work of nonfiction, a collection of stories, and two novels for young readers. He lives in Virginia and Mississippi.

“Grisham knocks it out of the park.”—The Washington Post

“Never let it be said this man doesn’t know how to spin a good yarn.”—Entertainment Weekly