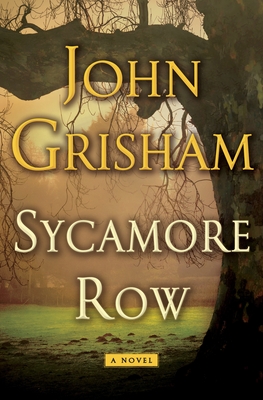 #1 NEW YORK TIMES BEST SELLER • John Grisham returns to the iconic setting of his first novel, A Time to Kill, as Jake Brigance finds himself embroiled in a controversial trial that exposes a tortured history of racial tension.

“Welcome back, Jake. . . . [Brigance] is one of the most fully developed and engaging characters in all of Grisham’s novels.”—USA Today

A Time to Kill is one of the most popular novels of our time. Now we return to that famous courthouse in Clanton as Jake Brigance once again finds himself embroiled in a fiercely controversial trial-a trial that will expose old racial tensions and force Ford County to confront its tortured history.

In Sycamore Row, John Grisham returns to the setting and the compelling characters that first established him as America's favorite storyteller. Here, in his most assured and thrilling novel yet, is a powerful testament to the fact that Grisham remains the master of the legal thriller, nearly twenty-five years after the publication of A Time to Kill.
John Grisham is the author of forty-seven consecutive #1 bestsellers, which have been translated into nearly fifty languages. His recent books include The Judge's List, Sooley, and his third Jake Brigance novel, A Time for Mercy, which is being developed by HBO as a limited series.

John lives on a farm in central Virginia.
Praise for the novels of John Grisham