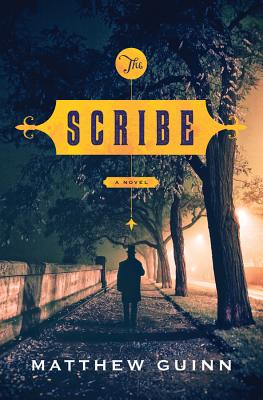 An assured second effort from Guinn, former Ole Miss professor. Set in Reconstruction Atlanta, a group of prominent businessmen known as “the Ring” has staked much on the city's Cotton Expo, but a rash of brutal murders jeopardizes their plan and the populace. Canby is a disgraced lawman brought back to the city as the lead investigator but quickly realizes how much is stacked against him. The cast of characters, taut plotting, and depiction of the period make for a great read.

An assured second effort from Guinn, former Ole Miss professor. Set in Reconstruction Atlanta, a group of prominent businessmen known as “the Ring” has staked much on the city's Cotton Expo, but a rash of brutal murders jeopardizes their plan and the populace. Canby is a disgraced lawman brought back to the city as the lead investigator but quickly realizes how much is stacked against him. The cast of characters, taut plotting, and depiction of the period make for a great read.

"It's a whodunit with a twist…a heady mix of history, sizzle, punch, and danger. A definite keeper." —Steve Berry, New York Times best-selling author of The Patriot Threat

After leaving Atlanta in disgrace three years before, detective Thomas Canby is called back to the city on the eve of Atlanta's 1881 International Cotton Exposition to partner with Atlanta's first African American police officer, Cyrus Underwood. The case they're assigned is chilling: a serial murderer who seems to be violently targeting Atlanta's wealthiest black entrepreneurs. The killer's method is both strange and unusually gruesome. On each victim's mutilated body is inscribed a letter of the alphabet, beginning with "M." The oligarchy of Atlanta's most prominent white businessmen—the same men who ran Canby out of town, known more openly before Reconstruction as "the Ring"—is anxious to solve the murders before they lose the money they've invested in both the exposition and the city's industrialization, even if resolution comes at the expense of justice.

After Canby's arrival the murders become increasingly disturbing and unpredictable, and his interference threatens to send the investigation spinning off in the wrong direction. As the toll of innocent victims rises, Canby must face down enduring racism, and his own prejudices, to see clearly the source of these bloody crimes. Meanwhile, if he can restore his reputation, he might win back the woman he loves.

With scrupulous attention to historical detail, Edgar Award finalist Matthew Guinn draws readers into a vortex of tense, atmospheric storytelling, confronting the sins and fears of both old South and new.

Matthew Guinn's first novel, The Resurrectionist, was a finalist for the Edgar Award. A native Atlantan, he now lives with his family in Jackson, Mississippi.

Graphic gothic horror and 19th-century American caste politics meld with unsettling force in this (often literally) scorching whodunit…an intricately woven page-turner…. Imagine a sequel to Birth of a Nation as conceived, written, and directed by David Lynch. Too much of a stretch? Wait till you see who—or what—is behind the mayhem.


Guinn has written an excellent sequel to the first novel (The Resurrectionist, 2013) in his series of mysteries set in the Reconstruction South. The author superbly portrays the evil that lurks along the streets of post-war Atlanta. His research of Atlanta after the war is impeccable, and the plot, with its twists and turns, is fast-paced, gripping, and compels the reader to turn each page. I highly recommend this mystery.


[S]uperior whodunit…. The richness of the characters and period detail make the prospect of a sequel welcome.

Matthew Guinn makes the reader realize that the present is an extension of the past, and our predecessors are not our predecessors but are us. The Scribe is a remarkable book and hard to put down.

The Scribe creates a nightmare, penetrates the darkness, and balances ever so nimbly between the surreal and the physical worlds. Yet there is hope, always hope, and you’ll follow that light at the end of the tunnel to see where Guinn will take you.

One of the most tense and exciting novels I have read in ages.
— Don Noble

Matthew Guinn is the real thing: a Southern literary craftsman who knows how to write a thriller. Do yourself a favor and read him.
— Greg Iles, New York Times best-selling author of Natchez Burning

So good…. Historical figures mingle freely with Guinn’s own fully fleshed characters in a time and setting that make this horror story something much more than just scary reading at dusk.
— Laura Wadley

A gripping tale that will have readers gasping, both in suspense and in horror…. [Guinn is] one of the most promising fiction writers in America today.
— Jim Ewing

Few writers seem to understand the difficult balance between historical detail and suspense better than Edgar Award finalist Matthew Guinn. [The Scribe] is a master class in historical mystery…. A powerful, elaborate page-turner, perfect for fans of everything from Caleb Carr’s The Alienist to Cormac McCarthy’s Blood Meridian.