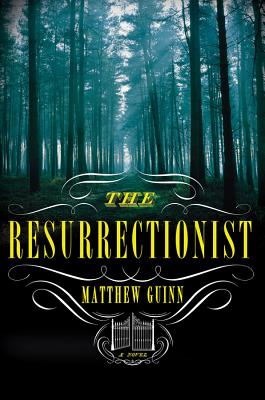 “Nemo Johnston is the head huntsman at the Windsor Plantation when he is sold to the fledging South Carolina Medical College and Physic where he will act as janitor, butler and grave-robbing body snatcher for many years. After all, medical students do need to work on human cadavers. A century and a half later, when construction workers unearth hundreds of bones of African American slaves in the cellar of one of its original buildings, the administration wants to avoid media coverage at all costs. Dr. Jacob Thacker is between a rock and a hard place: on two-year probation for Xanax abuse, he has been relegated to working public relations for the school and wants more than anything to return to medical practice. As he investigates the college's past and his own family history, Jacob is forced to decide between his own future and the future of the medical school. Well-written and suspenseful, The Resurrectionist is a bit of a medical history lesson wrapped up in a story of power, politics, secrecy and revenge. -Jennifer”
— Jennifer Gwydir, Blue Willow Bookshop, Houston, TX

A young doctor wrestles with the legacy of a slave “resurrectionist” owned by his South Carolina medical school.

"Dog days and the fresh bodies are arriving once again." So begins the fall term at South Carolina Medical College, where Dr. Jacob Thacker is on probation for Xanax abuse. His interim career—working public relations for the dean—takes an unnerving detour into the past when the bones of African American slaves, over a century old, are unearthed on campus. Out of the college’s dark past, these bones threaten to rise and condemn the present.


In the middle of the nineteenth century, Dr. Frederick Augustus Johnston, one of the school’s founders, had purchased a slave for his unusual knife skills. This slave, Nemo ("no man") would become an unacknowledged member of the surgical faculty by day—and by night, a "resurrectionist," responsible for procuring bodies for medical study. An unforgettable character, by turns apparently insouciant, tormented, and brilliant, and seen by some as almost supernatural, Nemo will seize his self-respect in ways no reader can anticipate.

With exceptional storytelling pacing and skill, Matthew Guinn weaves together past and present to relate a Southern Gothic tale of shocking crimes and exquisite revenge, a riveting and satisfying moral parable of the South.

Matthew Guinn's first novel, The Resurrectionist, was a finalist for the Edgar Award. A native Atlantan, he now lives with his family in Jackson, Mississippi.

The Resurrectionist is a spectacular novel that seamlessly connects fact and fiction, past and present. Matthew Guinn is a novelist who possesses that rarest and most underrated of literary gifts—how to tell a story in such a way that the reader surrenders completely to its power.

I finished Matthew Guinn’s fine new novel, The Resurrectionist, with a rare sense of excitement. It’s relentlessly compelling, thoughtful, intelligent, and just plain wise. It’s a shame Robert Penn Warren is no longer with us, because this is a book he would love.

— Steve Yarbrough, author of Safe from the Neighbors

Matthew Guinn has done something truly extraordinary here; he’s written a novel that is not only riveting and beautifully written, but one that dares to step into the long shadow of class and race in this country, a shadow into which Guinn shines a natural-born storyteller’s illuminating light. The Resurrectionist is a stunning debut.

— Andre Dubus III, author of Townie and House of Sand and Fog

A wonderful debut; entertaining and enjoyable to read. Guinn does a really good job of intertwining present-day medical school politics with those of the schools during the Civil War era. I look forward to reading more of Matthew Guinn’s work!
— Jamie Fiocco, Flyleaf Books, Chapel Hill, NC