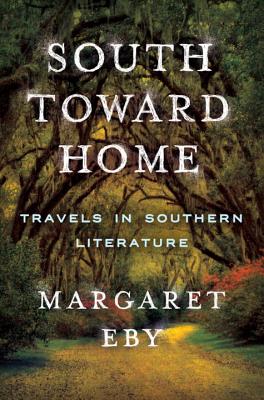 By Margaret Eby
Special Order -- Email or Call for Availability

A literary travelogue into the heart of classic Southern literature.

What is it about the South that has inspired so much of America's greatest literature? And why, when we think of Flannery O'Connor or William Faulkner or Harper Lee, do we think of them not just as writers, but as Southern writers? In South Toward Home, Margaret Eby—herself a Southerner—travels through the South in search of answers to these questions, visiting the hometowns and stomping grounds of some of our most beloved authors. From Mississippi (William Faulkner, Eudora Welty, Richard Wright) to Alabama (Harper Lee, Truman Capote) to Georgia (Flannery O'Connor, Harry Crews) and beyond, Eby looks deeply at the places that these authors lived in and wrote about. South Toward Home reveals how these authors took the people and places they knew best and transmuted them into lasting literature.

Side by side with Eby, we meet the man who feeds the peacocks at Andalusia, the Georgia farm where Flannery O'Connor wrote her most powerful stories; we peek into William Faulkner's liquor cabinet to better understand the man who claimed civilization began with distillation and the "postage stamp of native soil" that inspired him; and we go in search of one of New Orleans's iconic hot dog vendors, a job held by Ignatius J. Reilly in John Kennedy Toole's A Confederacy of Dunces. From the library that showed Richard Wright that there was a way out to the courtroom at the heart of To Kill a Mockingbird, Eby grapples with a land fraught with history and mythology, for, as Eudora Welty wrote, "One place understood helps us understand all places better."

[A] fascinating paean to the people and places that inspired some of the most revered chroniclers of life below the Mason-Dixon line…. Eby lyrically uncovers a bit of the magic that makes a southern writer southern.
— Josh Steele - Entertainment Weekly

[An] engaging journey…. Eby offers something you can’t get on tours.
— Anushah Jiwani - Oxford American

As Elif Batuman did for Russian literature in The Possessed and Olivia Laing did for alcoholic writers in The Trip to Echo Spring, so Margaret Eby does for Southern writers in South Toward Home.

A delightful love letter to the South and…an apt reminder that the South is no literary backwater but a world of letters all its own.
— Publishers Weekly

An illuminating journey to the homes, towns, and landscapes that nurtured ten Southern writers…. Eby brings a fine sensibility to her readings…and, in polished prose, offers a fresh look at their lives and literary legacies.
— Kirkus Reviews

A sweetly personal yet embracingly informative book…. Eby entices us to enjoy their work either for the first time or once again.
— Booklist, Starred review

Margaret Eby brings an enviable ease and intelligence to this exploration of ten essential Southern writers and the landscapes from which their books were formed. Her travels should offer you either an excellent introduction to these authors or a bracing reminder of their worth, and indeed, turning these pages, I recalled why I first fell in love with those whose books I know well and was persuaded to reinvestigate those whose books I don't.
— Kevin Brockmeier