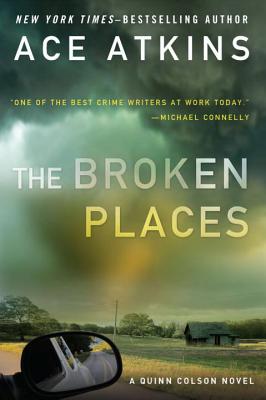 The remarkable third novel in the "harrowing" ("Associated Press"), "killer" ("Minneapolis Star Tribune") new series about the real Deep South from the "New York Times"-bestselling author.
A year after becoming sheriff, Quinn Colson is faced with the release of an infamous murderer from prison. Jamey Dixon comes back to Jericho preaching redemption, and some believe him; but for the victim's family, the only thought is revenge.
Another group who doesn't believe him--the men in prison from Dixon's last job, an armored car robbery. They're sure he's gone back to grab the hidden money, so they do the only thing they can: break out and head straight to Jericho themselves.
Colson and his deputy, Lillie, know they've got their work cut out for them. But they don't count on one more unwelcome visitor: a tornado that causes havoc just as events come to a head. Communications are down, the roads are impassable--and the rule of law is just about to snap.
ACE ATKINS is the author of eleven previous books, including two Quinn Colson novels, "The Ranger" nominated for the 2012 Edgar Award for Best Novel and "The Lost Ones." In addition, he has been selected by the Robert B. Parker estate to continue the Spenser novels, the first of which, "Robert B. Parker s Lullaby," was a "New York Times" bestseller. He lives on a farm outside Oxford, Mississippi."

Praise for The Broken Places

“Ace Atkins’ Quinn Colson novels have been exceptional from the start . . . whether readers are new to the series or fans from the start, The Broken Places will touch them the way all great novels do, profoundly.”—Shelf Awareness

“The action is stark and gripping, the Southern locale suitably atmospheric and the bevy of characters convincing.”—The Houston Chronicle

“Atkins continues to combine sturdy character studies with an action-packed tale about the contemporary issues of war veterans and small-town corruption . . . The Broken Places again shows what a powerful storyteller Atkins is.”—Tulsa World

“Atkins just gets better and better . . . I will throw down against anyone who disagrees with the statement that Atkins is one of our best American authors.  Period . . . No matter what literary genre you might favor, The Broken Places is a book you should read and will not forget.”—bookreporter.com

“A high-tension thriller with a hero to rival Jack Reacher.”—Kirkus

“Amid the full-throttle plot, Atkins never loses sight of his characters’ sensitivities.”—Publishers Weekly