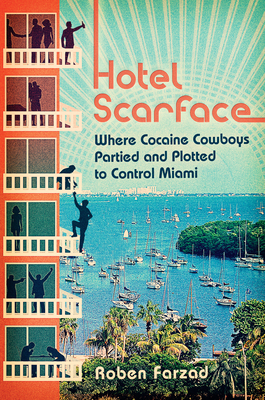 
On Our Shelves Now
Drugs, disco, and debauchery: This is the wild true story of the Mutiny, the decadent hotel that embodied Miami's cocaine-fueled heyday--and inspired the legendary film Scarface.

Based on exclusive interviews and never-before-seen documents, Hotel Scarface is an extraordinary work of investigative journalism, a portrait of a city high on excess and greed.
Roben Farzad hosts the weekly podcast Full Disclosure on NPR One and is a special correspondent on PBS NewsHour. He was previously a senior writer for Bloomberg Businessweek, where he covered Wall Street, international finance, and Latin America. Farzad is a graduate of Princeton University and Harvard Business School.