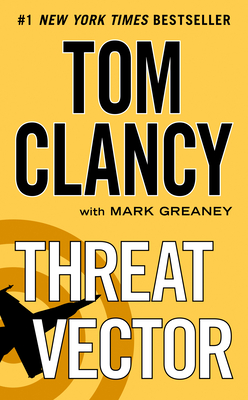 This is book number 12 in the A Jack Ryan Novel series.

For President Jack Ryan, his son Jack Ryan, Jr., and the covert organization known as The Campus, the fight against America’s enemies is never over. But the danger has just hit home in a way they never expected in this #1 New York Times bestselling Tom Clancy thriller....

The Campus has been discovered. And whoever knows they exist knows they can be destroyed. Meanwhile, President Jack Ryan has been swept back into the Oval Office—and his wisdom and courage are needed more desperately than ever.

Internal political and economic strife has pushed the leadership of China to the edge of disaster. And those who wish to consolidate their power are using the opportunity to strike at long-desired Taiwan, as well as the Americans who have protected the tiny nation.

Now, as two of the world’s superpowers move ever closer to a final confrontation, President Ryan must use the only wild card he has left—The Campus. But with their existence about to be revealed, they might not even have a chance to enter the battle before the world is consumed by war.
A little more than thirty years ago Tom Clancy was a Maryland insurance broker with a passion for naval history. Years before, he had been an English major at Baltimore’s Loyola College and had always dreamed of writing a novel. His first effort, The Hunt for Red October—the first of the phenomenally successful Jack Ryan novels—sold briskly as a result of rave reviews, then catapulted onto the New York Times bestseller list after President Reagan pronounced it “the perfect yarn.” From that day forward, Clancy established himself as an undisputed master at blending exceptional realism and authenticity, intricate plotting, and razor-sharp suspense. He passed away in October 2013.

Mark Greaney has a degree in international relations and political science. In his research for the Gray Man novels, including Mission Critical, Agent in Place, Gunmetal Gray, Back Blast, Dead Eye, Ballistic, On Target, and The Gray Man, he traveled to more than fifteen countries and trained alongside military and law enforcement in the use of firearms, battlefield medicine, and close-range combative tactics. He is also the author of the New York Times bestsellers Tom Clancy Support and Defend, Tom Clancy Full Force and Effect, Tom Clancy Commander in Chief, and Tom Clancy True Faith and Allegiance. With Tom Clancy, he coauthored Locked On, Threat Vector, and Command Authority.
Praise for Threat Vector

“The man knows how to tell a story.”—St. Louis Post-Dispatch

“It's a pleasure...to watch the Ryans at work against such fierce competition.”—Kirkus Reviews