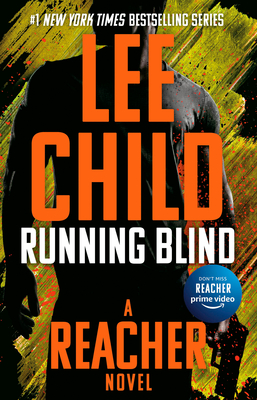 This is book number 4 in the Jack Reacher series.

Across the country, women are being murdered, victims of a disciplined and clever killer who leaves no trace evidence, no fatal wounds, no signs of struggle, and no clues to an apparent motive. They are, truly, perfect crimes. In fact, there’s only one thing that links the victims. Each one of the women knew Jack Reacher—and it’s got him running blind.
LEE CHILD is a #1 bestselling author worldwide. His debut novel, Killing Floor, won two awards for best first mystery and was nominated for two more. Foreign rights in the Jack Reacher series have been sold in ninety-five countries. Child, a native of England, is a former television director. He lives in New York City, where he is at work on his next Jack Reacher thriller.
“Swift and brutal.”—The New York Times

“Reacher is one of the more interesting suspense heroes to come along in a while.”—San Antonio Express News

“Jack Reacher, the wandering folk hero of Child’s superb line of thrillers faces a baffling puzzle in his latest adventure…a brain-teasing puzzle that gets put together piece by fascinating piece...and a central character with Robin Hood-like integrity and an engagingly eccentric approach to life.”—Publishers Weekly

“Deeply satisfying...plan to stay up long past bedtime and do some serious hyperventilating toward the end.”—Kirkus Reviews

“This fourth Reacher thriller is easily the best. The plot is a masterpiece. Reacher belongs at the same table with…Parker’s Spenser.”—Booklist