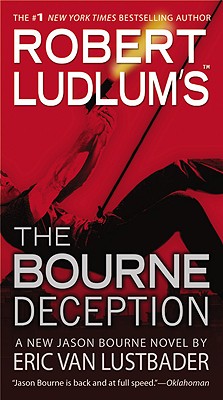 This is book number 7 in the Jason Bourne Series series.

Bourne is thrust into a race to prevent a new world war--but it may already be too late, from New York Times bestselling author, Eric Van Lustbader.
After Bourne is ambushed and nearly killed while in Indonesia, he fakes his death to take on a new identity and mission- to find out who is trying to assassinate him. In the process, Bourne begins to question who he really is and what he would become if he no longer carried the Bourne identity. Across the globe, an American passenger airliner is shot down over Egypt-apparently by an Iranian missile-leaving the world wondering if it was an accident or an act of aggression. A massive global team lead by Soraya Moore is assembled to investigate the attack before the situation escalates.

When Bourne's search for his would-be assassin intersects with Soraya's search for the group behind the airplane bombing,
Eric Van Lustbader is most widely known as the New York Times bestselling author of twenty international bestselling thrillers including Ninja and Black Heart. He is also the author of two successful and highly regarded series of fantasy novels, The Sunset Warrior Cycle and The Pearl Saga. His novels have been translated into over twenty languages. www.ericvanlustbader.com Robert Ludlum was the author of twenty-seven novels, each one a New York Times bestseller. There are more than 225 million of his books in print, and they have been translated into thirty-two languages. He is the author of The Scarlatti Inheritance, The Chancellor Manuscript, and the Jason Bourne series -- The Bourne Identity, The Bourne Supremacy, and The Bourne Ultimatum -- among others. Mr. Ludlum passed away in March 2001. To learn more, visit www.Robert-Ludlum.com.

"Don't ever begin a Ludlum novel if you have to go to work the next day."—CHICAGO SUN TIMES

"Lustbader is an excellent storyteller and is not afraid to keep the twists and turns coming in this sequel...This is an explosive addition to a series with an unrivaled heritage and storied pedigree."—Bookreporter.com on THE BOURNE BETRAYAL

"As twisted, dark and exciting as the others."—THE OKLAHOMAN on THE BOURNE SANCTION