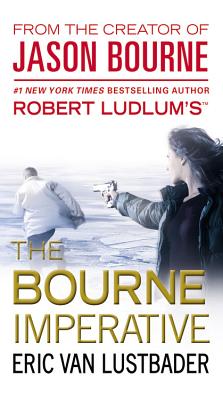 This is book number 10 in the Jason Bourne Series series.

The internationally known Jason Bourne can't help by feel connected to this case as he finds a man also with amnesia and the truth behind his identity could just save Bourne's life.
The man Jason Bourne fishes out of the freezing sea is near death, half-drowned and bleeding profusely from a gunshot wound. He awakens with no memory of who he is or why he was shot-and Bourne is eerily reminded of his own amnesia. Then Bourne discovers that the Mossad agent named Rebeka is so determined to find this injured man that she has gone off the grid, cut her ties to her agency, and is now being stalked by Mossad's most feared killer. Do the answers to these mysteries lie back in southeast Lebanon, in a secret encampment to which Bourne and Rebeka escaped following a firefight weeks ago?

The complex trail links to the mission given to Treadstone directors Peter Marks and Soraya Moore: find the semi-mythic terrorist assassin known as Nicodemo.

In the course of Bourne's desperate, deadly search for a secret that will alter the future of the entire world, he will experience both triumph and loss, and his life will never be the same.

Now everything turns on the amnesiac. Bourne must learn his identity and purpose before both he and Rebeka are killed. From Stockholm to Washington, D.C., from Mexico City to Beijing, the web of lies and betrayals extends into a worldwide conspiracy of monumental proportions.
Eric Van Lustbader is most widely known as the New York Times bestselling author of twenty international bestselling thrillers including Ninja and Black Heart. He is also the author of two successful and highly regarded series of fantasy novels, The Sunset Warrior Cycle and The Pearl Saga. His novels have been translated into over twenty languages. www.ericvanlustbader.com Robert Ludlum was the author of twenty-seven novels, each one a New York Times bestseller. There are more than 225 million of his books in print, and they have been translated into thirty-two languages. He is the author of The Scarlatti Inheritance, The Chancellor Manuscript, and the Jason Bourne series -- The Bourne Identity, The Bourne Supremacy, and The Bourne Ultimatum -- among others. Mr. Ludlum passed away in March 2001. To learn more, visit www.Robert-Ludlum.com.

"This is Eric Van Lustbader's sixth Jason Bourne novel (Ludlum wrote three) and fans of the book and movie franchise will love this new plot-driven international thriller.... This is classic Bourne."—USA Today on The Bourne Dominion

"Reading a Ludlum novel is like watching a James Bond film...slickly paced...all-consuming."—Entertainment Weekly

"As twisted, dark and exciting as the others."—The Oklahoman on The Bourne Sanction