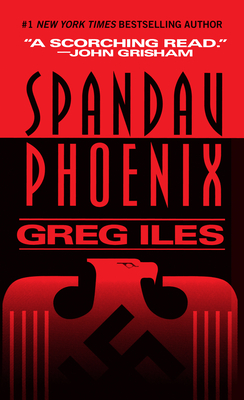 From the #1 New York Times bestselling author of the Penn Cage series comes a heartstopping thriller about one of the great unsolved mysteries of World War II.

The Spandau Diary—what was in it? Why did the secret intelligence agencies of every major power want it? Why was a brave and beautiful woman kidnapped and sexually tormented to get it? Why did a chain of deception and violent death lash out across the globe, from survivors of the Nazi past to warriors in the new conflict now about to explode? Why did the world’s entire history of World War II have to be rewritten as the future hung over a nightmare abyss?

“An incredible web of intrigue and suspense, an avalanche of action from first page to last.”—Clive Cussler

Greg Iles is the #1 New York Times bestselling author of the Penn Cage series. His novels have been made into films, translated into more than twenty languages, and published in more than thirty-five countries worldwide.

“A terrific thriller in the great tradition of Jack Higgins and Len Deighton...The characters are fascinating, the narrative is skilled, and the dialogue rings true.”—Nelson DeMille

“Filled with action, interesting characters, and a compelling plot, Spandau Phoenix, is a fascinating mixture of political critique and techno-thriller.”—New York Daily News