Getting to Happy (A Waiting to Exhale Novel #2) (Paperback) 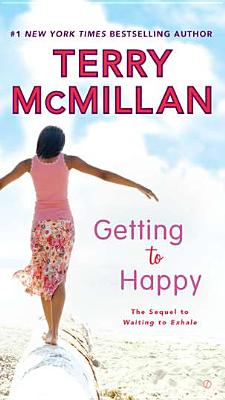 Getting to Happy (A Waiting to Exhale Novel #2) (Paperback)

This is book number 2 in the A Waiting to Exhale Novel series.

From the author of WAITING TO EXHALE...

Best friends Savannah, Gloria, Bernadine, and Robin have had their share of broken marriages, concessions, and the lessons learned from taking happiness for granted. Now, with each at a crossroads that will define their future, it’s time for these women to get their act together. They’re on their way to healing past hurts and to reclaiming the joy and the dreams they deserve. And they’re doing it with spirit, sass, and hard-earned faith in one another. It’s been fifteen years since they exhaled: now they’re finally learning to breathe.
Terry McMillan is the #1 New York Times bestselling author of Waiting to Exhale, How Stella Got Her Groove Back, A Day Late and a Dollar Short, The Interruption of Everything, I Almost Forgot About You, and the editor of Breaking Ice: An Anthology of Contemporary African-American Fiction. Four of Ms. McMillan’s novels have been made into movies: Waiting to Exhale (Twentieth Century Fox, 1995); How Stella Got Her Groove Back (Twentieth Century Fox, 1998); Disappearing Acts (HBO Pictures, 1999); and A Day Late and a Dollar Short (Lifetime, 2014). She lives in California.
“The Women of Waiting to Exhale have returned…McMillan fans won't be disappointed.”  — Dallas Morning News

"It's great to meet up with old friends again." — People

"Required reading for anyone who cared about Waiting to Exhale."