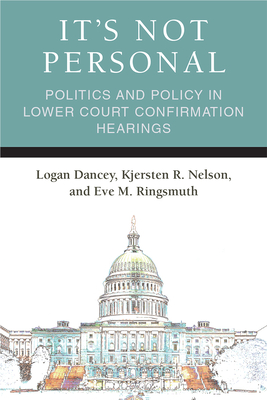 In order to be confirmed to a lifetime appointment on the federal bench, all district and circuit court nominees must appear before the Senate Judiciary Committee for a confirmation hearing. Despite their relatively low profile, these lower court judges make up 99 percent of permanent federal judgeships and decide cases that relate to a wide variety of policy areas. To uncover why senators hold confirmation hearings for lower federal court nominees and the value of these proceedings more generally, the authors analyzed transcripts for all district and circuit court confirmation hearings between 1993 and 2012, the largest systematic analysis of lower court confirmation hearings to date. The book finds that the time-consuming practice of confirmation hearings for district and circuit court nominees provides an important venue for senators to advocate on behalf of their policy preferences and bolster their chances of being re-elected. The wide variation in lower court nominees’ experiences before the Judiciary Committee exists because senators pursue these goals in different ways, depending on the level of controversy surrounding a nominee. Ultimately, the findings inform a (re)assessment of the role hearings play in ensuring quality judges, providing advice and consent, and advancing the democratic values of transparency and accountability.

Logan Dancey is Associate Professor of Government at Wesleyan University.

“An outstanding contribution to our understanding of both judicial and congressional politics. In addition to providing substantial insight into the selection of lower federal court judges, it is an excellent example of how to bridge the divide between quantitative and qualitative approaches to political science and law.”
—Paul M. Collins Jr., University of Massachusetts, Amherst

“This book offers a really interesting, in-depth exploration of lower federal court confirmation hearings and the goals of the senators participating in them. The authors illuminate in rich detail how senators pursue policy and electoral goals while also exercising their constitutional advise and consent function.”
—Amy Steigerwalt, Georgia State University