The Guide for the Perplexed (Paperback) 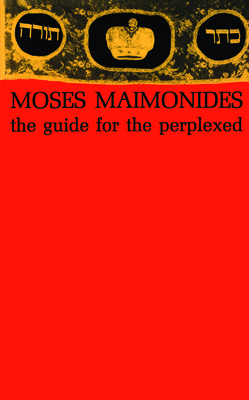 The Guide for the Perplexed (Paperback)


Usually Arrives in Store in 1-5 Days
(This book cannot be returned.)
This is the full, unabridged text of one of the greatest philosophic works of all time. Written by a 12th- century thinker who was equally active as an original philosopher and as a Biblical and Talmudic scholar, it is both a classic of great historical importance and a work of living significance today.
The Guide for the Perplexed was written for scholars who were bewildered by the conflict between religion and the scientific and philosophic thought of the day. It is concerned, basically, with finding a concord between the religion of the Old Testament and its commentaries, and Aristotelian philosophy. After analyzing the ideas of the Old Testament by means of homonyms, Maimonides examines other reconciliations of religion and philosophy (the Moslem rationalists) and then proposes his own resolution with contemporary Aristotelianism.
The Guide for the Perplexed was at once recognized as a masterwork, and it strongly influenced Jewish, Christian, and Moslem thought of the Middle Ages. It is necessary reading for any full comprehension of the thought of such scholastics as Aquinas and Scotus, and indispensable for everyone interested in the Middle Ages, Judaism, medieval philosophy, or the larger problems which Maimonides discusses.