One Thousand Years of Manga (Paperback) 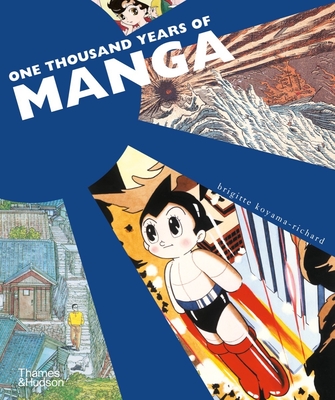 One Thousand Years of Manga (Paperback)

This definitive illustrated history of manga is an unparalleled account of the development of a form which is an integral part of Japanese art and culture and now hugely popular throughout the world.

As contemporary as this graphic art form may appear to readers outside of Japan, manga has deep roots in Japanese culture, drawing on centuries- old artistic traditions. Traces can be found in seventh-century temple paintings, folding screens decorated with comic characters, and painted medieval emakimono scrolls. The more familiar manga comics of today echo similar themes, both light-hearted and serious, and draw on narrative forms present in both sagas and skits from Japan’s rich cultural heritage.

This volume spans the history of manga in all its splendor and diversity. Among the many highlights included are Hokusai’s seminal Hokusai Manga of 1814, the advent of the gekiga style in the 1950s, the landmark Astro Boy by Tezuka Osamu, Lady Oscar, Riyoko Ikeda’s shojo manga aimed at young girls, samurai sagas, alternative productions by the review Garo, the demons that populate the works of Mizuki Shigeru, and the latest creations from Jiro Taniguchi. Each period is covered in detail by author Brigitte Koyama-Richard and illustrated with drawings and prints.

One Thousand Years of Manga is both an informative account of the genesis of the form and a visual delight. Featuring more than four hundred illustrations and captivating texts, the book situates manga in its proper context, appreciating it for what it truly is: an integral part of Japanese art and culture that is as rich and revealing as it is popular.

Brigitte Koyama-Richard is a professor of comparative literature and art history at Musashi University in Tokyo. She specializes in Japanese art and literature and has published several books on Japan.