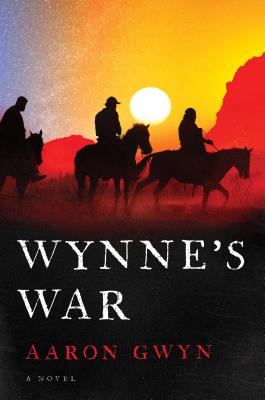 
Email or call for price.
When Corporal Elijah Russell’s superb horsemanship is revealed during a firefight in northern Iraq, the young Army Ranger is assigned to an elite Special Forces unit preparing to stage a secret mission in eastern Afghanistan. Elijah’s task is to train the Green Berets — fiercely loyal to their enigmatic commander, Captain Wynne — to ride the horses they will use to execute this mission through treacherous mountain terrain. But as the team presses farther into enemy territory, the nature of their operation only becomes more mysterious and Wynne’s charismatic power takes on a darker cast. Ultimately, Elijah finds himself forced to make a choice: on one side, his best friend and his most deeply held beliefs; on the other, a commanding officer driven by a messianic zeal for his mission.

Based on the author’s extensive interviews with Green Berets, Army Rangers, and other veterans, this taut page-turner brilliantly fuses the war novel and the Western into a compellingly original tale.

AARON GWYN was raised on a cattle ranch in rural Oklahoma. He is the author of a story collection, Dog on the Cross (finalist for the New York Public Library Young Lions Fiction Award), and a novel, The World Beneath. His short stories and creative nonfiction have appeared in Esquire, McSweeney’s, Glimmer Train, The Missouri Review, Gettysburg Review, and New Stories from the South. He lives in Charlotte, North Carolina where he is an associate professor of English at the University of North Carolina-Charlotte and contributes book reviews, articles, and narrative nonfiction to Esquire.

"A hard-eyed depiction of modern warfare leavened slightly by its Western spirit, Gwyn's novel is rich in equestrian and military detail...it'd take wild horses to pull you away. B+" --Entertainment Weekly

"The book’s pacing is cinematic, and it echoes adrenalized silver-screen war stories like Three Kings and The Hurt Locker, as well as the gentler cross-species concerns of The Horse Whisperer." -- John Williams, The New York Times

"Gwyn depicts the eventful mission with tight dramatic control and a flair for suspenseful twists. His cleverest touch is to transplant the vintage conventions of the Western into his battle pieces...'Wynne's War' evokes John Ford’s 'The Searchers,' and the same ambiguities that surround John Wayne’s ruthlessly single-minded Ethan Edwards come to define Wynne." --The Wall Street Journal

"A work of narrative alchemy, Aaron Gwyn’s ambitious second novel, “Wynne’s War,” is a prose smelter brimming with horses, soldiers, heroism, villainy, horrific violence and unexpected tenderness…The real wonder of this novel, though, is that it’s also a page-turning romp… There’s entertainment aplenty and characters whose lives are real enough to have been lived. If you find tear stains on your shoulders when you turn the last page, they are likely yours, shed out of the sadness that only comes when you wish there were pages left to turn." – Houston Chronicle

"Gwyn’s (Dog on the Cross) story is a gripping tale of men at war in the desolate snow-capped mountains of eastern Afghanistan, and captures the essence of close combat—the terror, excitement, chaos, tension, and cruelty, as well as the harsh decisions men make under stress...its gritty realism is part of the strength." — Publishers Weekly, starred review

"The book pulsates with a verisimilitude that places readers in the war-torn mountains of Afghanistan...Many folks have wondered when American authors would begin producing memorable fiction about the Iraq-Afghanistan wars; with this well-researched, heart-pounding novel, Gwyn stakes his claim." - Library Journal

"This novel feels like Cormac McCarthy meets Tim O’Brien. I could not stop reading it." — Philipp Meyer, author of The Son

“Wynne's War is a deep and beautifully written story of men, war, and madness, told by a young American master. A page-turner of poetic and savage grace, of our time but transcending it, this novel takes its rightful place among the great American literature of war.” — Nic Pizzolatto, author of Galveston, creator of HBO's True Detective

"I haven’t had this much fun as a reader in a long time. Wynne's War is a great adventure story, impeccably researched, masterfully plotted, with chapters that blur by like a hail of bullets." — Benjamin Percy, author of Red Moon

"Wynne’s War combines two of America’s great literary genres, the Western and the war story, brilliantly.  This taut, elegant, beautiful novel takes us straight to the tension at the heart of combat decision-making:  mission or men." — Nathaniel Fick, author of One Bullet Away

“Propellant storytelling in the tradition of McCarthy and Conrad. A gripping morality tale told with bristling exactitude.” – Paul Lynch, author of Red Sky in Morning