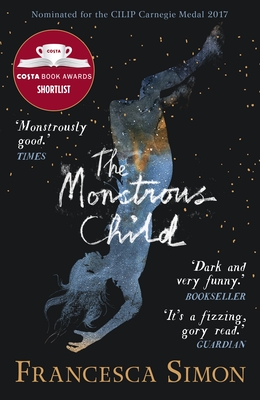 "This is a rare and unusual gem for Norse fans who don't generally see much of Hel."
--Bulletin for the Center of Children's Books (Starred, Recommended Review)
"This title is perfect for Percy Jackson-lovers who are looking for their next read. Those who enjoy the young adult work of Neil Gaiman but are not old enough for his American Gods would also appreciate this book... An excellent choice for young adult fans of all things mythology."
--School Library Journal
"Deliciously fun ... it oozes style, and Simon's evocative descriptions transport readers to the strange and brutal world of Norse myth."
--Publishers Weekly
A stunning, operatic, epic drama, like no other. Meet Hel, an ordinary teenager -- and goddess of the Underworld. Why is life so unfair? Hel tries to make the best of it, creating gleaming halls in her dark kingdom and welcoming the dead who she is forced to host for eternity. Until eternity itself is threatened. Francesca's first and wonderful foray into teen.

Francesca Simon is universally known for the staggeringly popular Horrid Henry series. These books and CDs have sold millions of copies worldwide and are published in 27 countries. She lives in North London with her family.