From the Mouths of Sirens (Paperback) 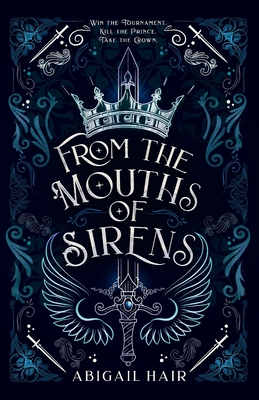 From the Mouths of Sirens (Paperback)

What if The Little Mermaid killed the prince instead of falling in love with him?

Since childhood, Princess Saoirse has trained for the sole purpose of being chosen for the Tournament, a gladiator-style competition in which four enemy nations compete for the right to rule. The angel-like people of Aurandel have won the Tournament for a century and ruled the continent with a merciless grip. If Saoirse survives the three infamous trials, she will win the Crown of Revelore and overthrow the nation responsible for her mother's death.

When Saoirse is denied entry into the Tournament by the Mer king, she makes a bargain with an imprisoned sea witch: in exchange for entrance into the competition, Saoirse agrees to kill the Auran prince. But while fighting for her life in the arena, the last thing Saoirse expects to do is fall for her greatest enemy, the arrogant Prince Rook.