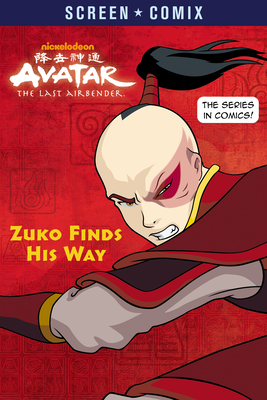 
Usually Arrives in Store in 1-5 Days
An action-packed retelling of Zuko's journey back to his Uncle Iroh in Avatar: The Last Airbender with full-color scenes and dialogue from the television series!

After his continued failure to capture the Avatar, a disgraced and disgruntled Zuko decides to part ways with his uncle and mentor, Iroh, and venture out on his own. But as he wanders, he discovers parts of himself long buried and learns what is truly important in life. Follow Zuko's journey in this 80-page full-color retelling featuring final frames and dialogue from the series, perfect for Avatar fans ages 8 to 12.
Established in July 2013 in a merger between Penguin and Random House, Penguin Random House, with nearly 250 independent imprints and brands on five continents, more than 15,000 new titles published each year, and close to 800 million print, audio, and eBooks sold annually, is the world’s leading trade book publisher. Like its predecessor companies, Penguin Random House is committed to publishing adult and children’s fiction and nonfiction print editions and is a pioneer in digital publishing. Its publishing lists include more than 60 Nobel Prize laureates and hundreds of the world’s most widely read authors.