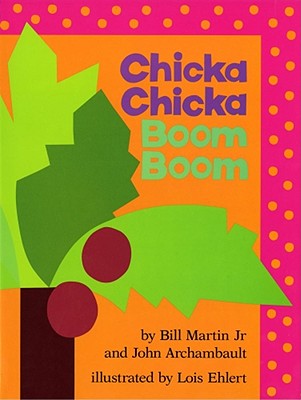 
On Our Shelves Now
There is always enough room on your child’s bookshelf for this rollicking alphabet chant that has been a children’s favorite for over thirty years!

A told B,
and B told C,
“I’ll meet you at the
top of the coconut tree”

In this lively alphabet rhyme, all the letters of the alphabet race each other up the coconut tree. Will there be enough room? Oh, no—Chicka Chicka Boom! Boom!

John Archambault is a poet, journalist, and storyteller who worked with Bill Martin, Jr. on several projects. He lives in Idyllwild-Pine Cove, California.