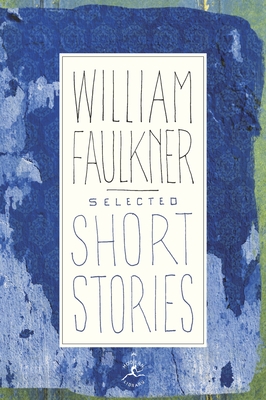 From the Modern Library’s new set of beautifully repackaged hardcover classics by William Faulkner—also available are Snopes, As I Lay Dying, The Sound and the Fury, Light in August, and Absalom, Absalom!

William Faulkner was a master of the short story. Most of the pieces in this collection are drawn from the greatest period in his writing life, the fifteen or so years beginning in 1929, when he published The Sound and the Fury. They explore many of the themes found in the novels and feature characters of small-town Mississippi life that are uniquely Faulkner’s. In “A Rose for Emily,” the first of his stories to appear in a national magazine, a straightforward, neighborly narrator relates a tale of love, betrayal, and murder. The vicious family of the Snopes trilogy turns up in “Barn Burning,” about a son’s response to the activities of his arsonist father. And Jason and Caddy Compson, two other inhabitants of Faulkner’s mythical Yoknapatawpha County, are witnesses to the terrorizing of a pregnant black laundress in “That Evening Sun.” These and the other stories gathered here attest to the fact that Faulkner is, as Ralph Ellison so aptly noted, “the greatest artist the South has produced.”

William Faulkner was born in New Albany, Mississippi, on September 25, 1897. He published his first book, The Marble Faun (a collection of poems), in 1924, and his first novel, Soldier’s Pay, in 1926. In 1949, having written such works as Absalom, Absalom!, As I Lay Dying, Light in August, and The Sound and the Fury, Faulkner was awarded the Nobel Prize for Literature. He also received the Pulitzer Prize for two other novels, A Fable (1954) and The Reivers (1962). From 1957 to 1958 he was Writer-in-Residence at the University of Virginia. He died on July 6, 1962, in Byhalia, Mississippi.