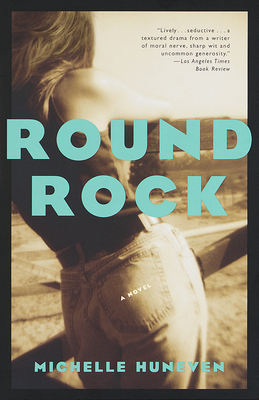 This talented author's delightful first novel. The reader is never certain where the story is going but happy to follow. And the journey has its rewards, especially, perhaps, for those with even a mild curiousity about recovery.

— From Richard's 2015 and older picks
In a small town among the citrus groves in the Santa Bernita Valley, so the locals claim, nothing ever goes according to plan. "It's a great place to live, they say, if you like surprises: it's just like life, only different."

Certainly a number of Rito's inhabitants--fewer than a hundred in all--are surprised to be living here. Red Ray, for instance, a wildly alcoholic lawyer who bought a dilapidated Victorian mansion in an attempt to rehabilitate his marriage and regain the affections of his wife and young son. After destroying those hopes with a spectacular final binge, Red established a drunk farm, Round Rock, on the ruins. There, one day at a time, he follows his new, unexpected calling.

Many months after her husband decamped (almost immediately) for Los Angeles, Libby Daw still lives alone in their trailer, and finds herself even more rooted to the valley she dreams of escaping.

And there's Lewis Fletcher, a sometime graduate student whose keen intelligence is sorely tested by his erratic behavior and current predicament. Without exactly knowing why, and entirely against his wishes--or by default and sheer good luck--he finds himself placed in Ray's care at Round Rock.

As these people seek out or maintain their various niches in the valley, the peculiar history of the place asserts itself. An heiress descended from the original settlers, Billie Fitzgerald still acts as though she owns it all; devoted to her father and son, she obscures her mercurial emotions from even her closest friends. The past also returns with David Ibañez, whose family had harvested the groves for generations--and whose talents and secrets (and thus, he discovers, his future) are inextricably bound to the complex, close-knit town he thought he had left behind.

With insight matched with artistry, Michelle Huneven traces the emerging destinies of these characters as each of them struggles for peace and equilibrium, even happiness and love, against hapless, all-too-human frailty and circumstance.

A vivid evocation of landscape and community, Round Rock derives great power from psychological subtlety, and from affection for and profound understanding of lives strained or broken but on the mend. Fresh, remarkably mature, and constantly surprising, this astonishing debut wins both your trust and your heart.
Michelle Huneven was born in Altadena, California, and studied at Grinnell College and the Iowa Writers' Workshop. She makes her living as a freelance writer and restaurant critic, her work appearing in the Los Angeles Times, Harper's, and Buzz, among other publications. She has received a GE Younger Writers Award in Fiction and a James Beard Award. She lives in Los Angeles.